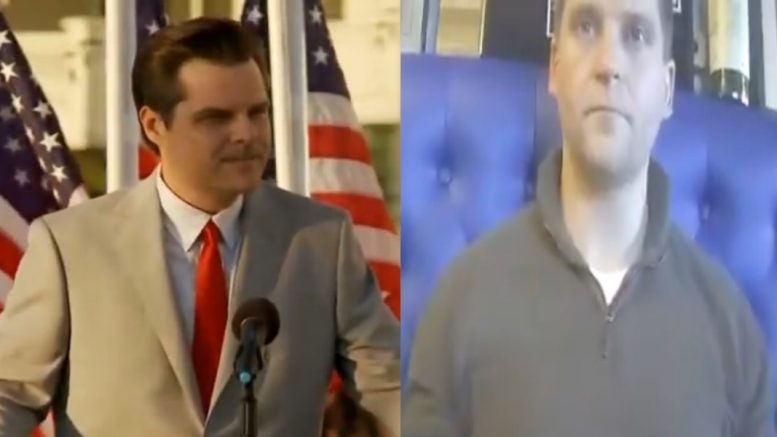 Most recently, CNN claimed that former President Donald Trump refused to meet with Rep. Gaetz, who is reportedly facing allegations of sexual misconduct. However, the 45th President ripped the network in a statement Monday evening, saying the cable news network “probably made the whole thing up” and wondered why CNN is not interested in covering Rep. Eric Swalwell (D-CA), who had an alleged relationship with a Chinese spy, Christina Fang–aka Fang-Fang.

In the video released by Project Veritas on Tuesday, CNN technical director Charlie Chester is asked, “Does CNN use propaganda?”

When asked if he can define propaganda and what is the mechanism, Chester admitted, “If the agenda say, is to like get, like Matt Gaetz right now. He’s like this Republican.”

“So we’re gonna keep running those stories to keep hurting him and make it look so that it can’t be buried and like just settled outside of a court and just like, you know, if we keep pushing that, it’s helping us,” Chester confessed on camera.

“That’s propaganda, because it’s helping us in some way,” he added.

Rep. Matt Gaetz reacted to the video clip of Chester’s remarks on Twitter Tuesday, declaring, “OMG!!!!!!” along with sharing the video footage. Video Below

(Related: Trump Rips CNN For Their ‘Anonymous Sources’ Report On Gaetz; Wonders Why They Are Silent On ‘Compromised’ Swalwell)