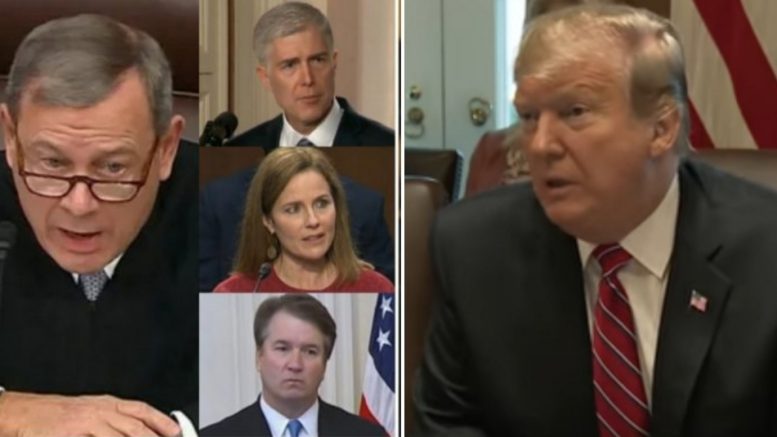 45th President Donald Trump released a statement forewarning justices of the Supreme Court of the irony that is at stake if Democrats, at the lead of Joe Biden, are successful in their purported “packing” attempt.

The statement from Trump comes in wake of Biden announcing an executive order to create a commission to study a possible expansion of the high court.

“President Biden created a bipartisan commission Friday to study structural changes to the Supreme Court, giving the group 180 days to produce a report on a range of thorny topics including court expansion and term limits.”

“The commission, composed of 36 legal scholars, former federal judges and practicing lawyers, fulfills Biden’s campaign promise to establish such a group after activists pushed him to back expanding the court following Republicans’ rush to confirm Justice Amy Coney Barrett shortly before last year’s election. Biden has said he is ‘not a fan’ of adding seats to the Supreme Court, but he has declined to say whether he supports any other changes to its structure.”

In response,  Trump issued the following statement via email:

“Wouldn’t it be ironic if the Supreme Court of the United States, after showing that they didn’t have the courage to do what they should have done on the Great Presidential Election Fraud of 2020, was PACKED by the same people, the Radical Left Democrats (who they are so afraid of!), that they so pathetically defended in not hearing the Election Fraud case. Continued Below

“Now there is a very good chance they will be diluted (and moved throughout the court system so that they can see how the lower courts work), with many new Justices added to the Court, far more than has been reported. There is also a good chance that they will be term-limited.

“We had 19 states go before the Supreme Court who were, shockingly, not allowed to be heard. Believe it or not, the President of the United States was not allowed to be heard based on “no standing,” not based on the FACTS. The Court wouldn’t rule on the merits of the great Election Fraud, including the fact that local politicians and judges, not State Legislatures, made major changes to the Election—which is in total violation of the United States Constitution.

“Our politically correct Supreme Court will get what they deserve — an unconstitutionally elected group of Radical Left Democrats who are destroying our Country. With leaders like Mitch McConnell, they are helpless to fight. He didn’t fight for the Presidency, and he won’t fight for the Court. If and when this happens, I hope the Justices remember the day they didn’t have courage to do what they should have done for America.” See Below 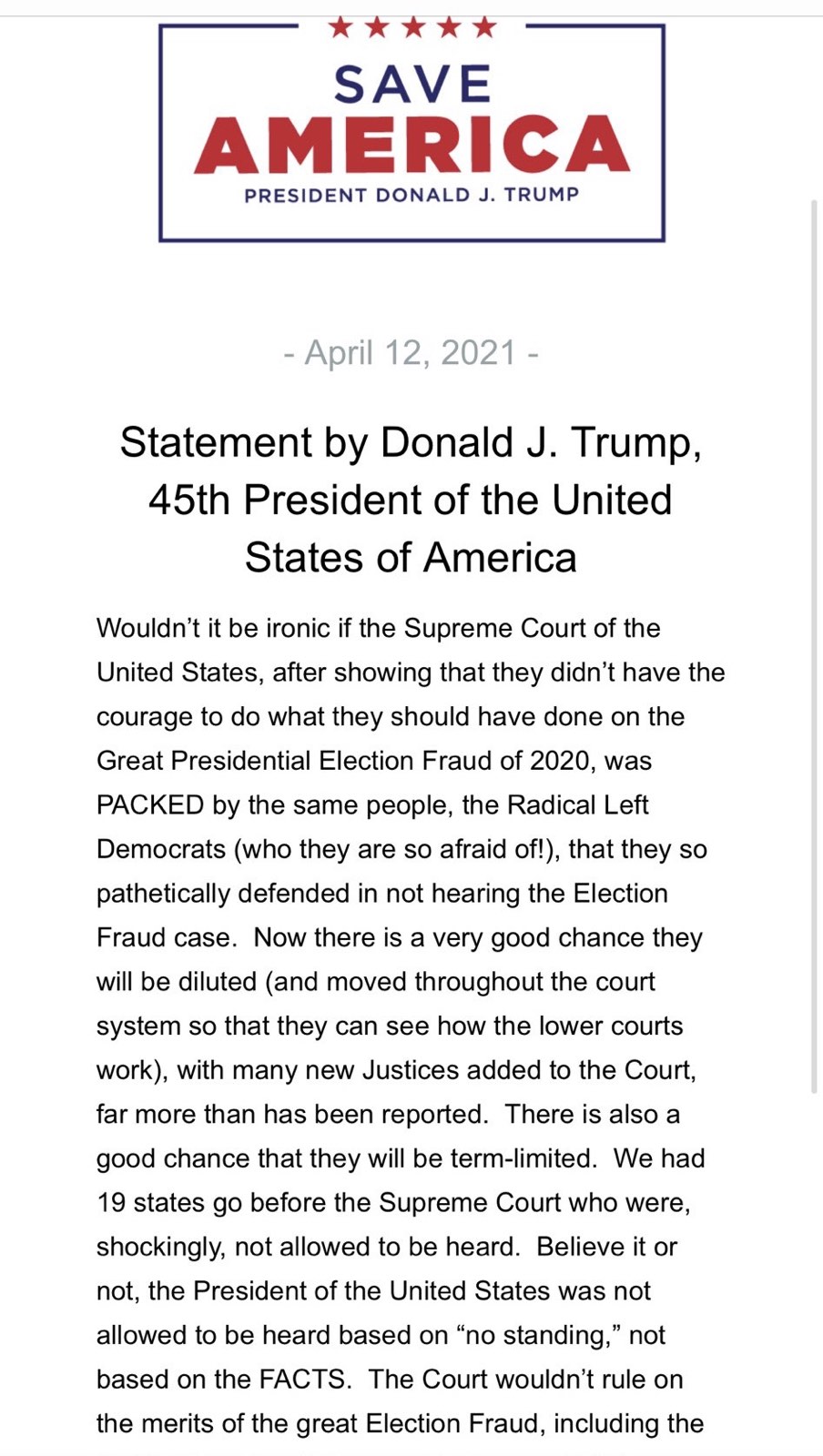 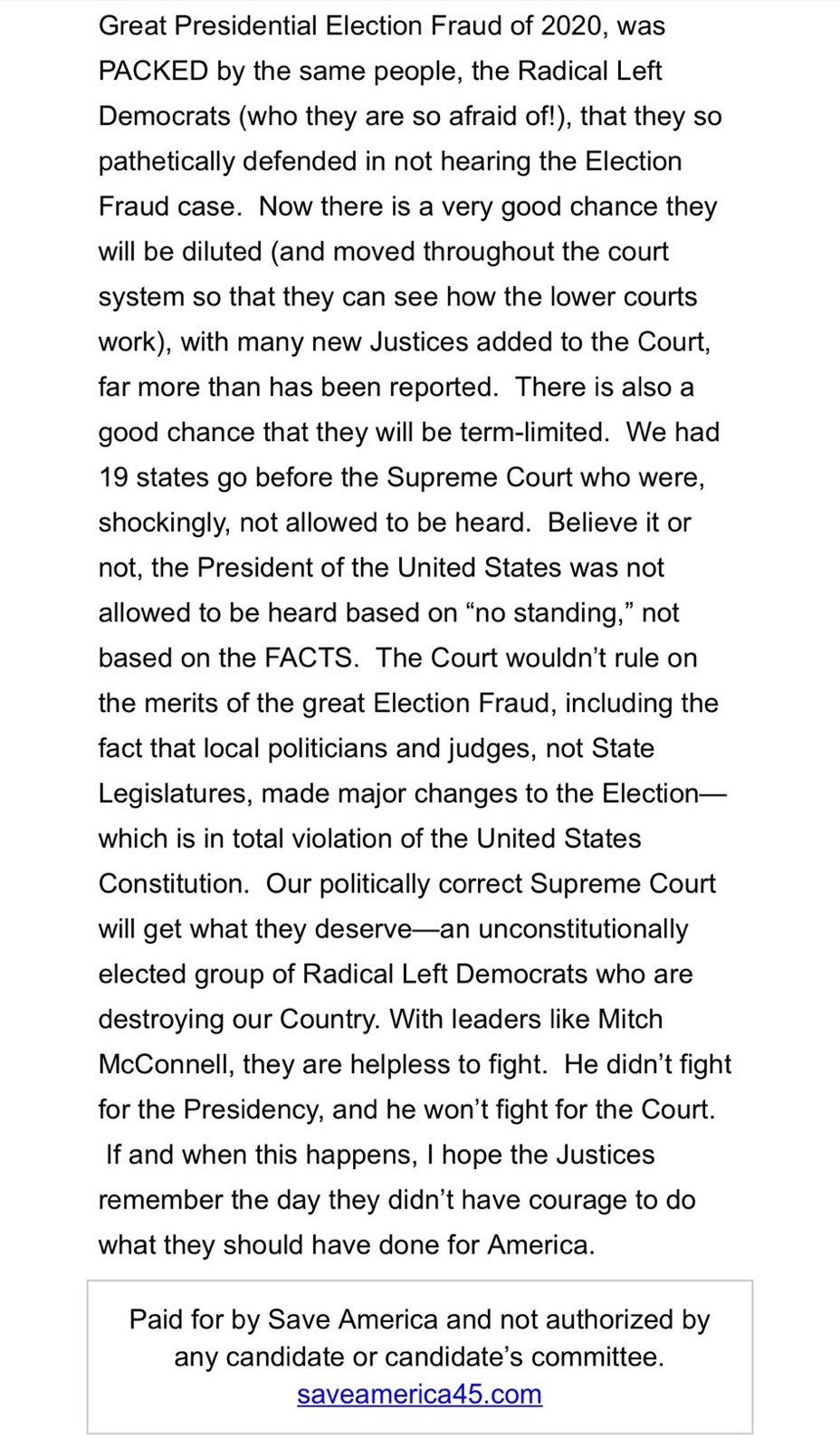