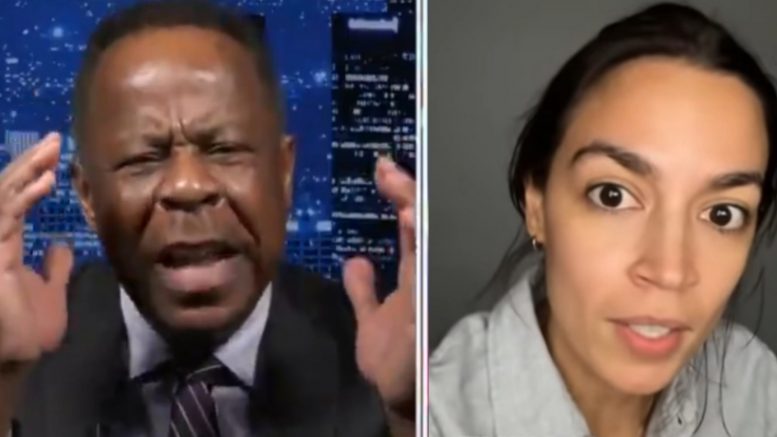 Fox News contributor Leo Terrell lashed out at Rep. Alexandria Ocasio-Cortez for claiming that there is not a “surge” at the border and suggesting that it is a “White supremacist idea” to think otherwise.

“Anyone who’s using the term ‘surge’ around you consciously is trying to invoke a militaristic frame,” AOC alleged on Tuesday night during an Instagram Live video.

“And that’s a problem because this is not a surge. These are children and they are not insurgents and we are not being invaded, which by the way is a White supremacist idea-philosophy, the idea that if another is coming in the population that this is an invasion of who we are,” Rep. Ocasio-Cortez claimed.

“She is a menace to America. She doesn’t even know what she’s talking about!” Leo Terrell told Judge Jeanine Pirro in response to AOC’s remarks.

“She went down there a couple of years ago and lied about the kids drinking toilet water. Now, she’s just ignoring what’s going on,” he continued. “There is an invasion, a surge, a crisis — call it what you want. But she is basically looking the other way. Why? Because there’s a Democrat in the White House.”

“It is more chaotic now than it’s ever been before and it’s getting worse. For her to ignore the cartel and the drug smuggling, the human trafficking and say it’s okay and ignore it…No!”

“The socialists have their heads in the sand. This is a major crisis and honestly it’s only to undo what President Trump did when he secured the border,” Leo concluded.  Video Below