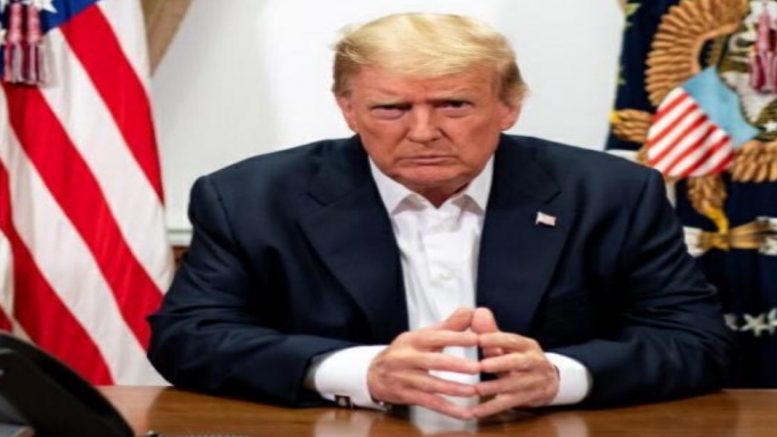 The 45th President issued a statement Monday, demanding a “strong investigation” following a retraction from far-left Washington Post, who falsely claimed two months ago that former President Donald Trump, in a phone call with Frances Watson, chief investigator with the Georgia Secretary of State’s office, had asked to “find the votes”.

“Instead, Trump urged the investigator to scrutinize ballots in Fulton County, Ga., asserting she would find “dishonesty” there,” reads the retraction from Washington Post, with the former president adding that she had “the most important job in the country right now.”

Donald J. Trump, 45th President of the United States of America, issued the following statement on Monday via email:

The Washington Post just issued a correction as to the contents of the incorrectly reported phone call I had with respect to voter fraud in the Great State of Georgia. While I appreciate the Washington Post’s correction, which immediately makes the Georgia Witch Hunt a non-story, the original story was a Hoax, right from the very beginning.

I would further appreciate a strong investigation into Fulton County, Georgia, and the Stacey Abrams political machine which, I believe, would totally change the course of the presidential election in Georgia.

Fulton County has not been properly audited for vote or signature verification. They only looked at areas of the State where there most likely would be few problems, and even there they found large numbers of mistakes. Continued Below

We are seeking to find and reveal the large-scale election fraud which took place in Georgia. Many residents agree, and their anger caused them not to turn out and vote for two Republican Senators in the January election.

The Consent Decree signed between Raffensperger and Stacey Abrams was not approved by the Georgia State Legislature, and therefore should be deemed invalid, and the election result changed. Why the Governor and Raffensperger ever approved this Consent Decree is one of the great questions? We look forward to an answer.

You will notice that establishment media errors, omissions, mistakes, and outright lies always slant one way—against me and against Republicans. Meanwhile, stories that hurt Democrats or undermine their narratives are buried, ignored, or delayed until they can do the least harm—for example, after an election is over.

This latest media travesty underscores that legacy media outlets should be regarded as political entities—not journalistic enterprises. In any event, I thank the Washington Post for the correction. Continued Below 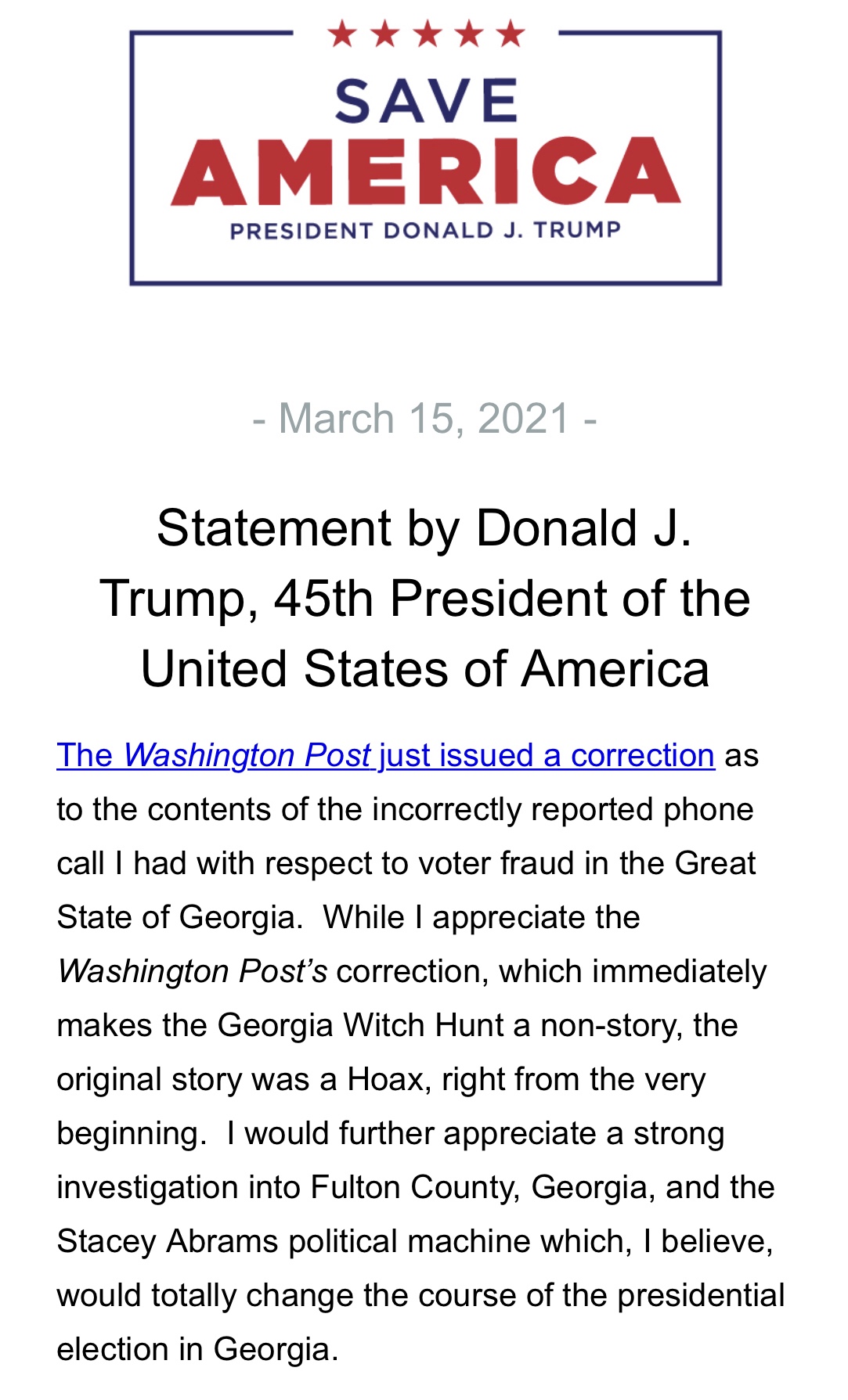 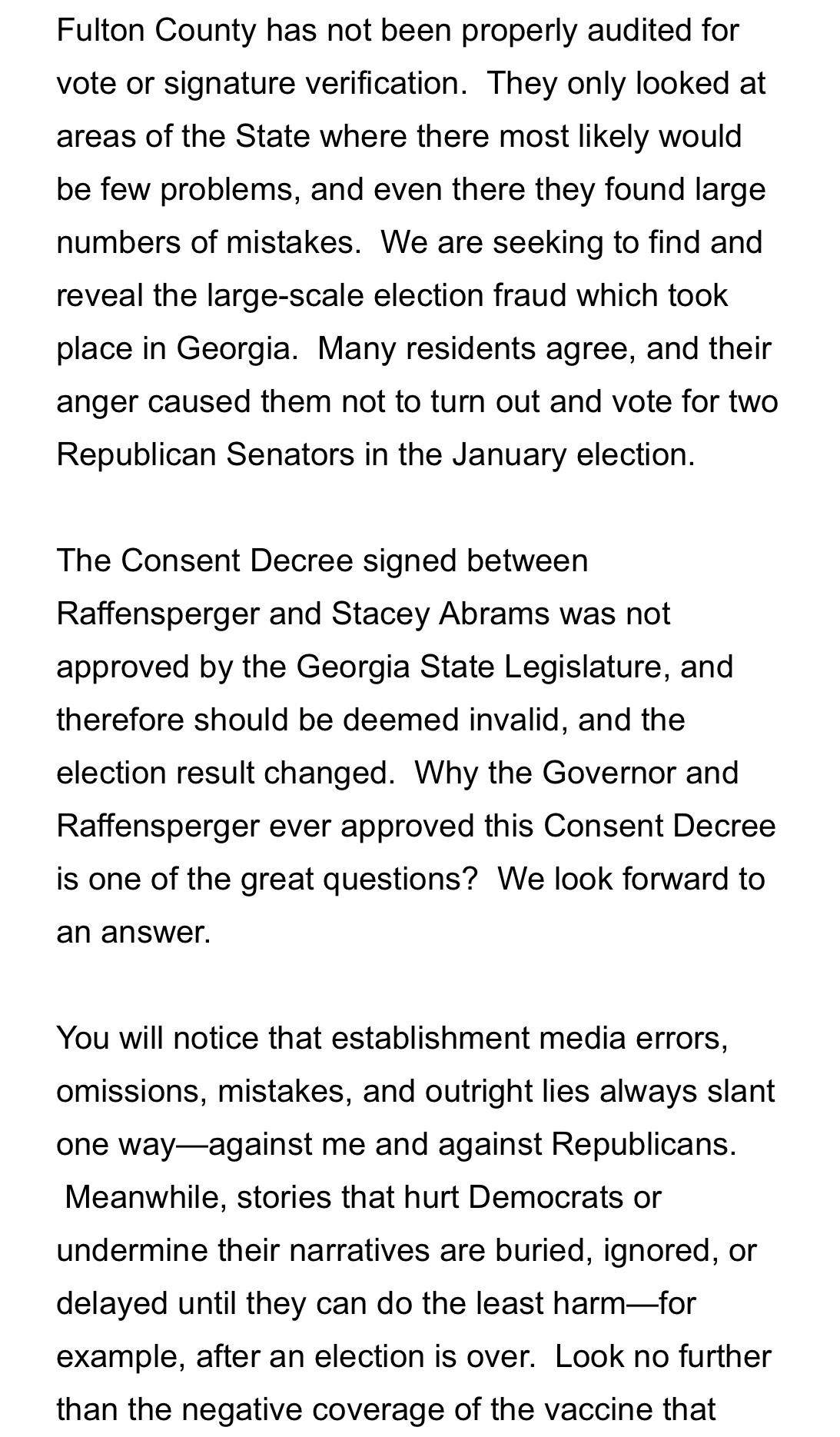 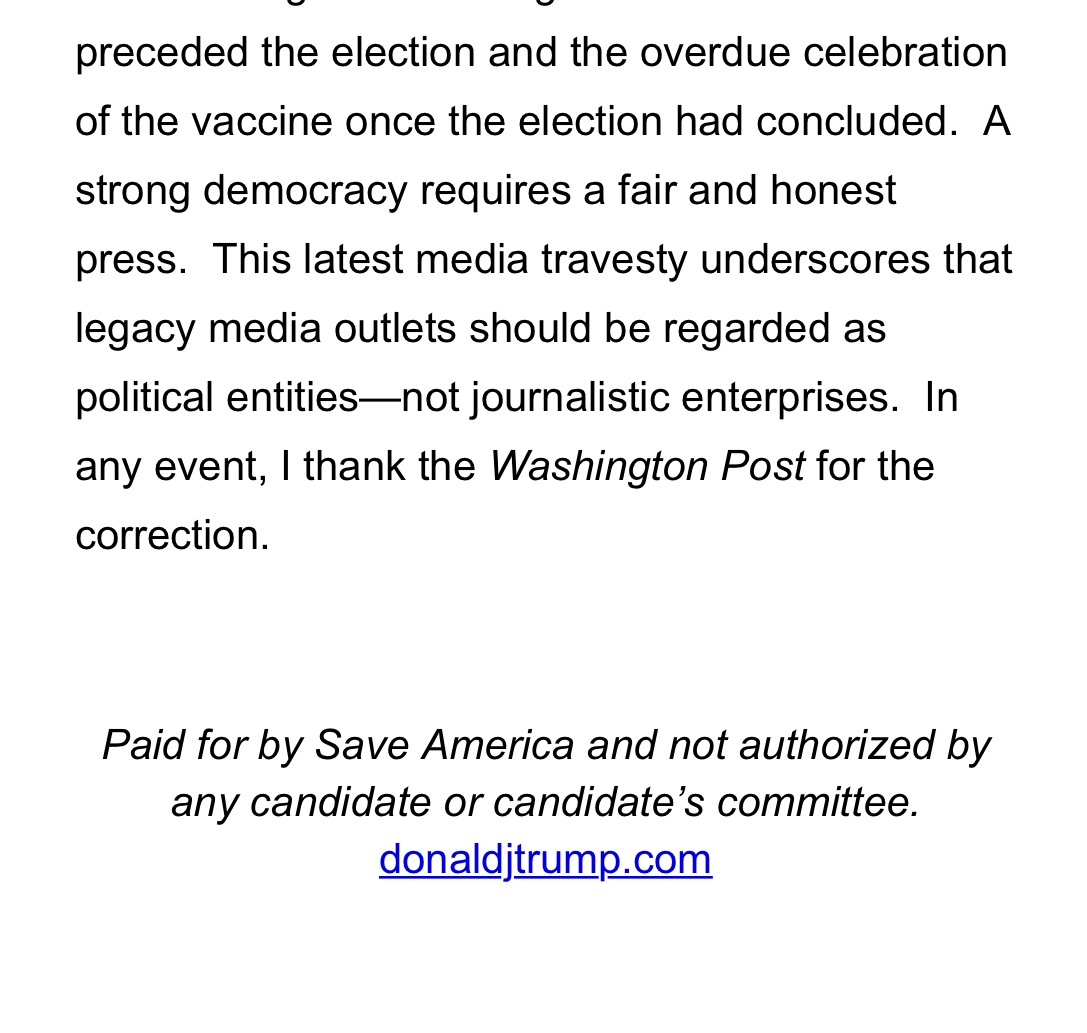