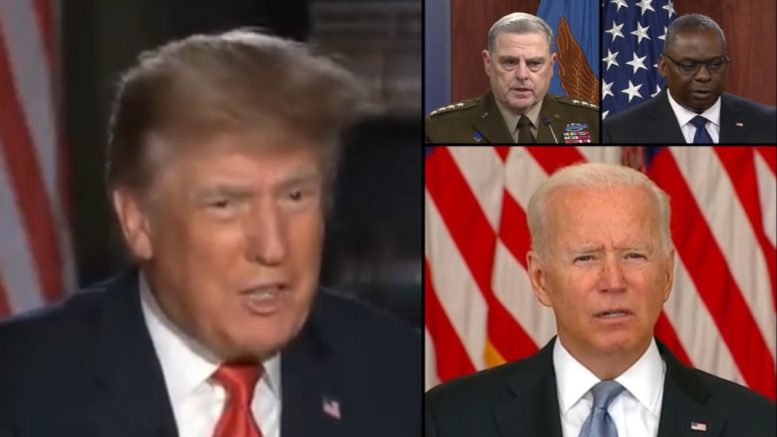 45th President Donald J. Trump issued a statement Thursday via email from his “Save America” PAC describing how he would have handled the U.S. withdrawal from Afghanistan and blasted Joe Biden and “our woke generals’” amid the chaotic evacuation operation.

Joe Biden is under fire for his administration being caught flat-footed as the Afghan government collapsed with the Taliban taking control – all before U.S. citizens and Afghan allies were evacuated from the Afghanistan, Daily Mail reported.

Then you bomb the bases into smithereens—AND THEN YOU BRING OUT THE MILITARY. You don’t do it in reverse order like Biden and our woke Generals did.

No chaos, no death—they wouldn’t even know we left! Continued Below

The effort to evacuate thousands of Americans and Afghan citizens following the Taliban’s lightning takeover of Afghanistan on Sunday has been marred by chaos and confusion.

Mobs of Afghans stormed Hamid Karzai International Airport on the outskirts of Kabul in a desperate attempt to flee the country. Images showed people running alongside and even clinging to a US Air Force transport plane as it taxied down the runway. Continued Below

Biden, during an interview with ABC News, defended the withdrawal of troops and alleged no mistakes were made.

However, the “Contingency and Crisis Response Bureau” – which was designed to handle medical, diplomatic, and logistical support concerning Americans overseas was paused by Antony Blinken’s State Department earlier this year. Notification was officially signed just months before the Taliban’s takeover of Afghanistan, The National Pulse reported on Wednesday.

Trump also ripped his Biden’s handling of the evacuation in a Fox Business interview Wednesday.

“It’s a mess. It’s a mess like nobodies ever seen before. It’s the most embarrassing moment in our country. … It’s a military defeat. It’s a psychological defeat,” the 45th President told host Maria Bartiromo. 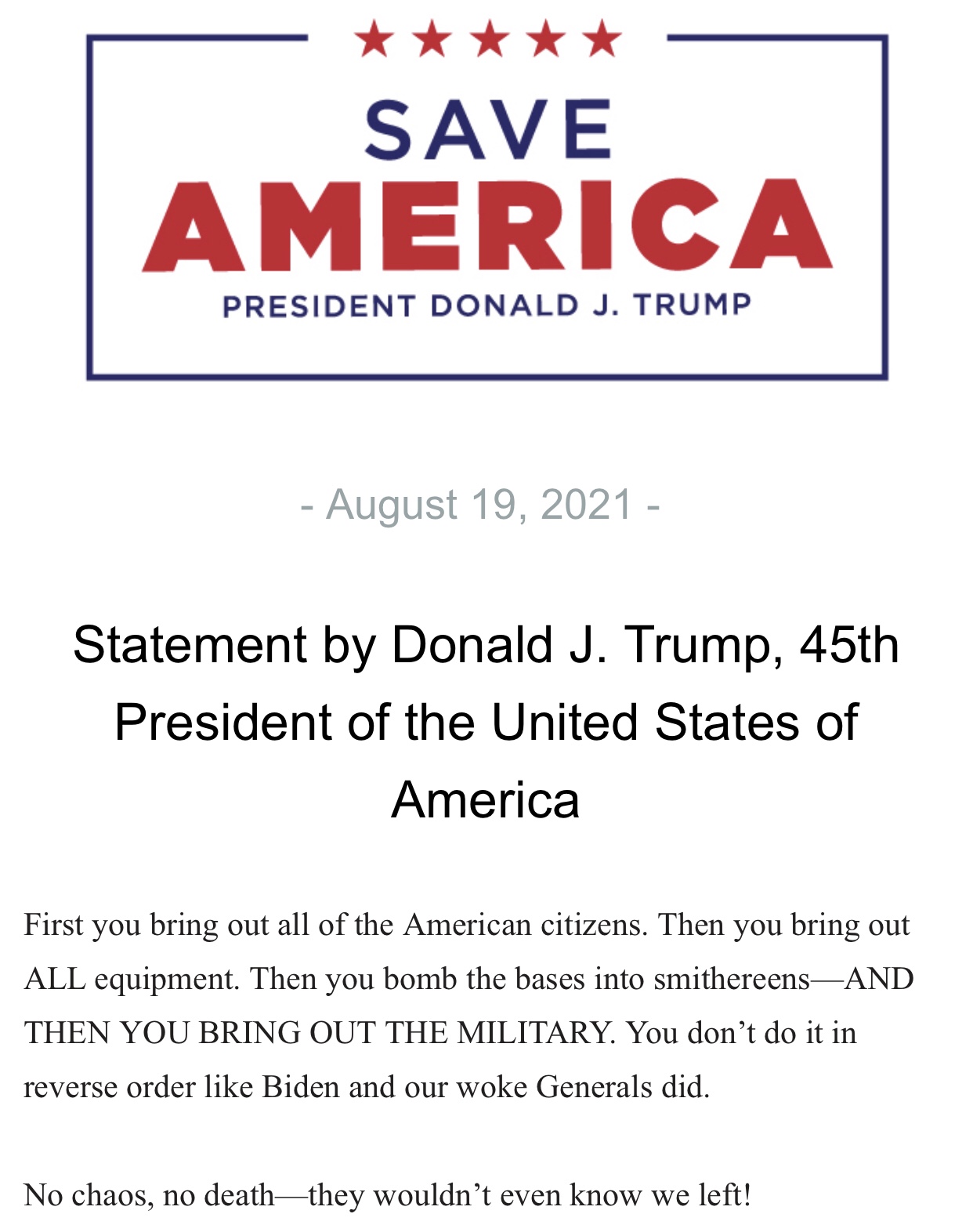