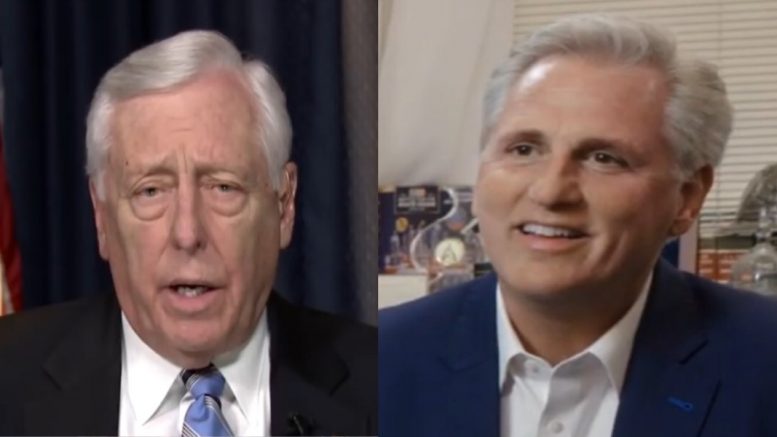 On Tuesday evening, Politico congressional bureau chief John Bresnahan shared a photograph on Twitter of Rep. Hoyer standing alongside a group of defeated Democratic incumbents ahead of their departure next month.

“Do not lose heart,” Hoyer told his ousted colleagues, according to Bresnahan.

.⁦@LeaderHoyer⁩ takes a picture with Democrats not coming back next year after losing on Election Day. Now telling story about elections he lost. “Do not lose heart,” Hoyer said. pic.twitter.com/YhD1tP2wnJ

Upon seeing the tweet from John Bresnahan, Rep. McCarthy shared a photograph of his own on Twitter.

“Here’s a group photo of me with all the House Republicans who lost races this year,” McCarthy wrote, adding an image of himself proudly smiling alone in the Rotunda.

Democrats were widely expected to expand their House majority in 2020, However, while Democrats were able to hold on to control of the chamber, the GOP managed to flip a whopping 13 seats, diminishing the control of House Speaker Nancy Pelosi, D-Calif, Fox News reported. Continued Below

Here's a group photo of me with all the House Republicans who lost races this year. https://t.co/hmXdK0TA0Z pic.twitter.com/DypRSCts7K