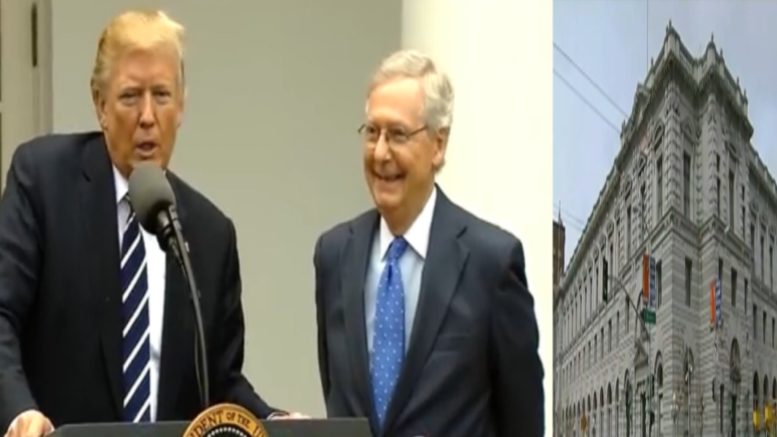 On Saturday, the Los Angeles Times reported: “Trump has flipped the 9th Circuit — and some new judges are causing a ‘shock wave’”.

President Trump has appointed 51 judges to lifetime jobs in three years. In few places has the effect been felt more powerfully than in the sprawling 9th Circuit, which covers California and eight other states. Because of Trump’s success in filling vacancies, the San Francisco-based circuit, long dominated by Democratic appointees, has suddenly shifted to the right, with an even more pronounced tilt expected in the years ahead, the Los Angeles Times wrote.

President Trump has now named 10 judges to the 9th Circuit, more than one-third of its active judges, compared with seven appointed by President Obama over eight years.

“Ten new people at once sends a shock wave through the system,” a 9th Circuit judge said.

The biggest change will come in controversial cases that test the constitutionality of laws and the legal ability of presidents to establish contentious new rules. The 9th Circuit is weighing challenges to Trump on a wide array of issues, from immigration to reproductive rights, and the rightward tilt is likely to make it easier for the president to prevail, the Los Angeles Times reported. (Continued Below)

The 9th Circuit court has been dominated by Democratic appointees for decades. In 1978, a federal law created 10 new judgeships on the court, allowing President Carter to fill them all. The liberal Carter appointees were followed by judges named by three Republican presidents and two Democrats, as per the Los Angeles Times.

The federal appeals courts are just one rung below the Supreme Court, and federal judges serve for life.

We leave you with a few responses from Twitterverse:

When the chickens come home to roost… #Winning #Trump2020Landslide https://t.co/q8fgN5XZAd

Great news for the U.S. Constitution! @realDonaldTrump has flipped the 9th Circuit — and some new judges are causing a 'shock wave' https://t.co/WsdBQZsU9q

This is the real reason the Dems fear ⁦@realDonaldTrump⁩ !! https://t.co/026mzE7FGr

The ultra liberal 9th Circuit federal appeals court has flipped. @realDonaldTrump has appointed 10 new judges in 3 years and has turned the 9th Circuit far more conservative than it has been in decades.