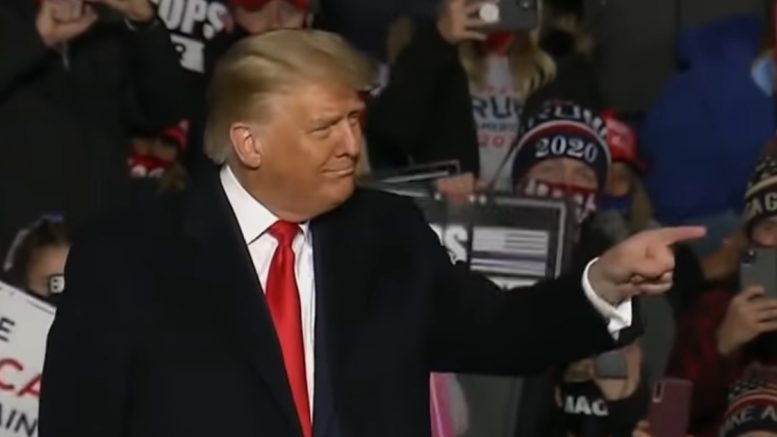 President Donald Trump feels “a lot happier” and like his “old self again” in the days and weeks after leaving office and being removed from Twitter and other social media platforms, according to his senior advisor Jason Miller.

Miller gave the latest update on the 45th President while indicating Trump’s intentions moving forward concerning a return to social media during an interview on Newsmax.

Trump is quoted him as telling Miller, “I got to tell you, I feel a lot happier.” The former President cited how he hasn’t had to deal everyone who is “hateful” towards him and constantly “attacking on Twitter.”

“This is kind of nice…I feel like my old self again,” Trump purportedly told Miller.

“I think the President is absulutely fine. Of course, we want to get back to social media,” Miller said. “So whether that’s joining the existing platform or if he goes to start something new — everything’s on the table. I know the team has had a couple of meetings on that.”

“We’ll see him back out on social media at some aspect, but you know what? When you take a step back and you’re just off Twitter for a little bit and you realize how much happier you can be at life… it’s Twitter just a lot of times becomes a hateful echo chamber,” he concluded. Video Below

TRUMP: @JasonMillerinDC provides an update on the former President, 'he feels a lot happier.' https://t.co/VlT7z8drtO pic.twitter.com/53AtgQXO3A