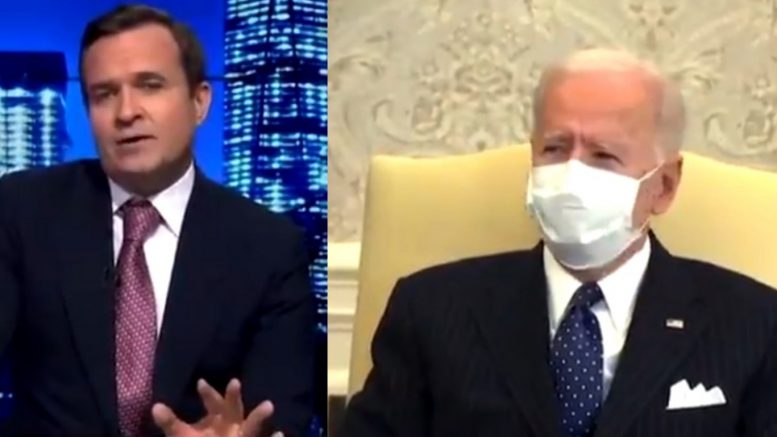 “You think he’s really running the country?” Newsmax host Greg Kelly questioned on Tuesday in regards to whether or not President Joe Biden is really in charge of America or if he is only just a “figurehead” to what’s going on behind the scenes.

He then indicated the trio of individuals who he suspects are really in charge right now.

“Have you noticed there isn’t that much energy around the White House and around Joe Biden?” Greg Kelly asked his audience on Tuesday. “This is obviously, I dunno, a figurehead…What do you want to call him? You think he’s running the country?”

Kelly went on to point out the three people who he really thinks are really in control of operations of the Biden Administration based on his sources in “key positions” in Washington, D.C., which are as follows: White House Chief of Staff Ron Klain, U.S. Domestic Policy Advisor and former national security advisor Susan Rice and former President Barack Obama.

“These are the three most powerful people in America right now — far more powerful than Joe Biden,” Kelly declared. “Joe — I don’t think he really cares. Maybe he’s just happy to be there. We’ll see. Who knows?”

“Do you think Joe’s really running this place…kind of swearing them away, telling them what’s what? I don’t get that sense and neither do my sources,” he concluded. Video Below

I agree with @gregkellyusa 100% about who’s running our country. pic.twitter.com/vQ7ZBli2DX