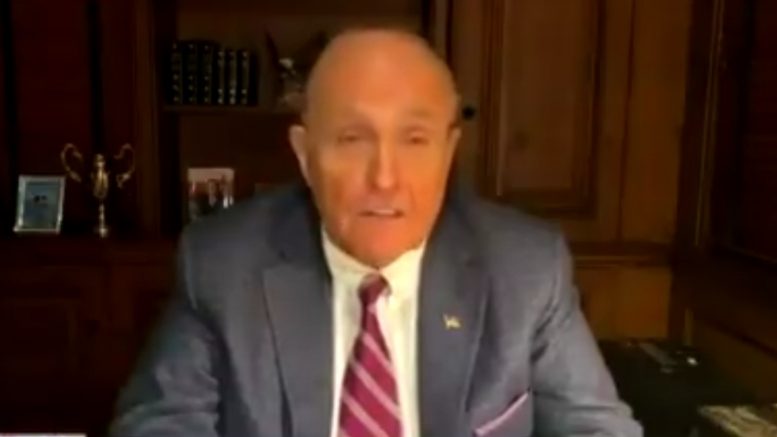 Rudy Giuliani is not on board with the idea of a new political party being formed as rumors have surfaced that President Trump has considered creating a “Patriot Party” as his term is set to expire, according to a report Tuesday evening in the Wall Street Journal.

Instead, Mr. Giuliani told Newsmax host Greg Kelly that the Republican Party needs to be reformed and “traitors” need to he thrown out.

“[President Trump] represents the party of Lincoln better than any President I know in my lifetime with the exception of, probably, Ronald Reagan…I consider them equal,” he added.

“[President Trump] has that sense of individualism, and the fact that we have to make our own decisions and if we can make our own decisions, we can make the greatest country on Earth. And if we have to submit to government, we see what happens with these semi-dictators like Cuomo and Newsom and the guy from Illinois — you know, if yohr mask is half off they want to put you in front of a firing squad,” Rudy concluded. Video Below

.@RudyGiuliani says we don’t need a new party we just need to kick the traitors out of the Republican Party. pic.twitter.com/uDhcHir29g

.@RudyGiuliani says he doesn’t like liars no matter if they poses as Senators or not and @senatemajldr was lying. He’s got the evidence to prove it. pic.twitter.com/aYlhvqKrfd