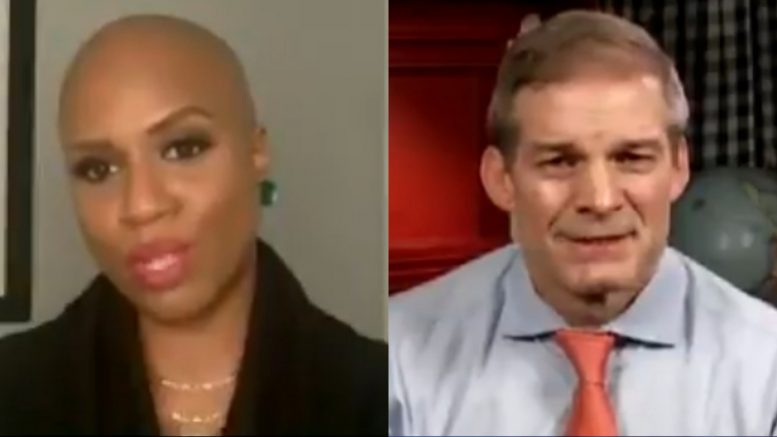 Judge Jeanine played the clip of Rep. Pressley making the comment before asking Congressman Jordan for his reaction.

“Remember, the Speaker of the House had a COVID-positive individual come to the opening day of session because Speaker Pelosi was nervous about getting enough votes to beat Kevin McCarthy and actually be Speaker. She was nervous about that,” Jordan pointed out.

“This makes no sense. The American people see it, and they’re sick of the double standards,” Rep. Jordan declared. Video Below

Congressman @Jim_Jordan joined me tonight to react to my Opening Statement on the FBI’s failures regarding the Capitol Hill riot and more. Take a look. pic.twitter.com/hPu648tpU5