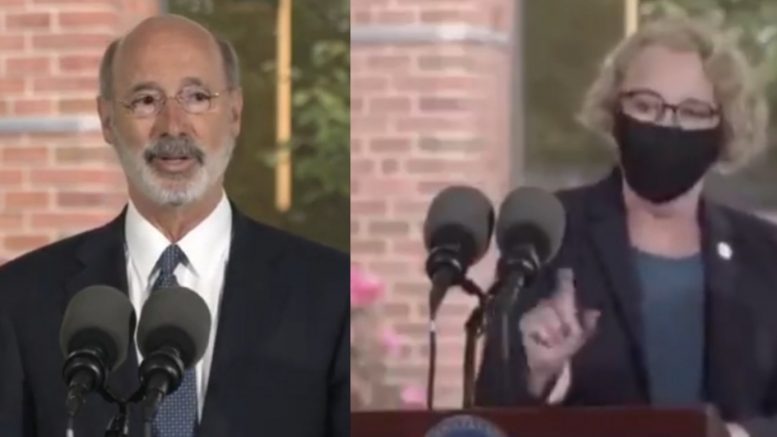 Pennsylvania State Representative Wendy Ullman was caught on a hot mic saying that she would keep her black facemask on long enough so cameras would show her wearing it for a “little political theater.”

Governor Tom Wolf and others at the press conference could then be heard laughing at the comparison.

Related Article: What Was That? Joe Biden’s Live Stream With PA Gov. Wolf Gets Crudely Disrupted By A Fart Sound

“I will as well. I’m waiting so that we can do a little political theater. So that it’s on camera, ” Rep. Ullman responded while people could be heard in the background laughing.

Karl Rove Rips Beto O’Rourke’s ‘Cheap Shot’ At Gov. Abbott: “I Thought He Might Be Tweeting Out His Own Personal Motto”