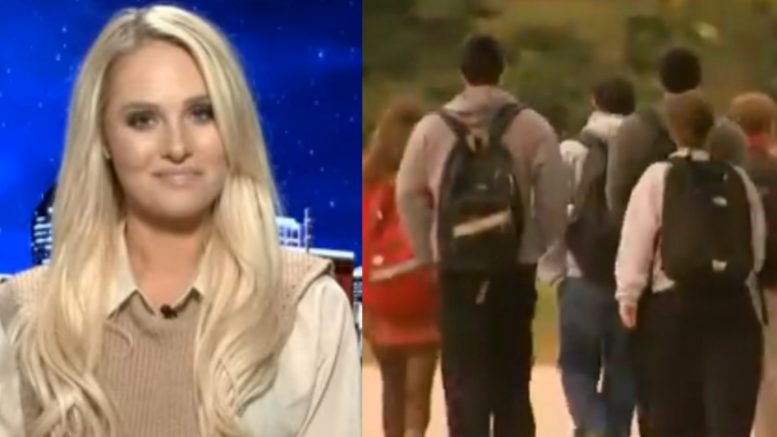 “This is an intimidation tactic,” Tomi Lahren told Judge Jeanine Pirro on Saturday, while giving her reaction to a push being made by Harvard students to revoke the degrees of President Trump’s aides or supporters who graduated from the university.

Five Harvard students started to circulate a petition titled “Revoke their Degrees” that calls out three prominent graduates of the institution, all described as “violent actors” being complicit in the January 6th Capitol building riot, none of which are under criminal investigation: White House Press Secretary Kayleigh McEnany, Senator Ted Cruz, and Representative from Texas Dan Crenshaw.

The letter—which was first posted by FOX News—argue that Trump’s supporters were involved in spreading the “disinformation and mistrust” that lead to the assault on the US Capitol.

In response Tomi Lahren said, “It’s just like Big Tech, it’s just like Hollywood. They think that their only audience is leftist liberals…this is an intimidation tactic.”

“And it’s up to us Trump supporters, us conservatives to say, ‘We’re not buying it’…that this is definitely an intimidation tactic. It’s just up to us if we’re going to fall for it or not,” she concluded. Video Below