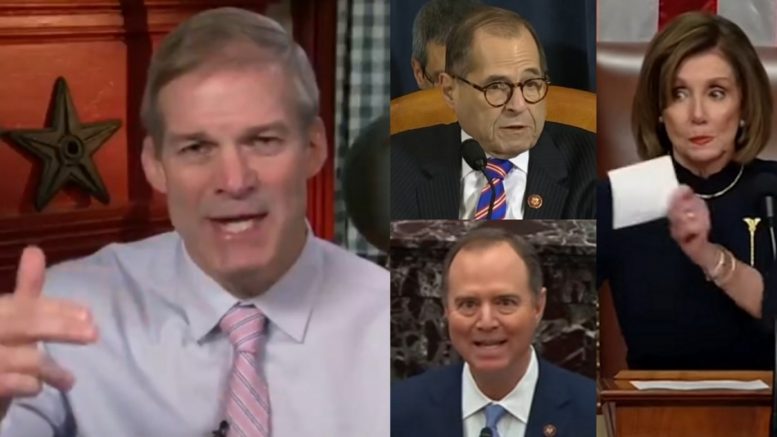 Congressman Jim Jordan slammed Democrats’ reluctance to investigate allegations of widespread voter fraud in the 2020 election, while they had no problem spending majority of President Trump’s term investigating the “Russian hoax.”

Jordan said millions of Americans deserve for the election process to be investigated because “something doesn’t feel right” with how it was carried out, and how the final results that were tabulated. He cited the incredible gains made by Republicans, including by the President himself, yet Trump still somehow lost in the days after the election.

“If someone would have told the American people a week before the election that we’re gonna keep the Senate, we’re gonna pick up ten or twelve seats in the House, we’re gonna maintain all the state legislatures, in fact, pick up state legislatures, and President Trump will get nine million, ten million more votes than last time, but still come up short — no one would have believed that. And that’s why you got 73 million people who think something doesn’t feel right here, and that’s why they want it investigated,” Rep. Jordan told Judge Jeanine Pirro.

Jordan then fired off a round of questions he thinks must be looked into, which includes, “Why didn’t Democrats want Republicans to observe the count? Why did it seem like on election night, all of the swing states that kept counting, the President won, but all of the important swing states that took aseveral hour pause in the count, the President ended up losing? Why did that happen? Why don’t the Democrats want to know?”

“And the most important one: Why don’t Democrats want to know? They spent four years investigating this fake Russia thing, but they can’t even spend four weeks to get at the integrity of the American election system and figure out what exactly took place. So that’s why Americans want this to continue and want to get the truth,” he concluded. Video Below

.@Jim_Jordan says, “The Democrats spent four years investigating the Russia hoax, but they don’t want to take four weeks to investigate the integrity of this election…We need to investigate.” pic.twitter.com/2ZbxRimUgq