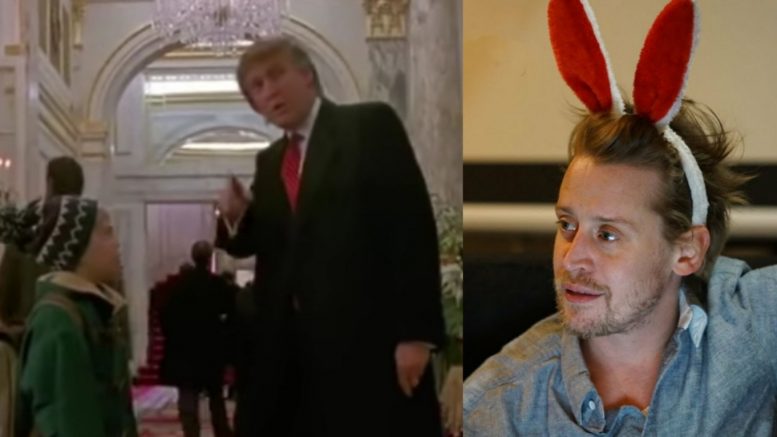 Former actor Macaulay Culkin put his distaste for President Donald Trump on display as he appeared to endorse a “petition” that seeks to cancel the 45th President from “Home Alone 2.”

Culkin — a Hollywood one-hit-wonder — applauded a push being made on social media to remove a 10-second cameo of Trump from the 1992 “Home Alone” sequel, which helped ignite Culkin into his brief era of stardom.

“Excuse me, where’s the lobby?” asks Kevin McCallister — the character played by Culkin — after entering the Plaza Hotel, as seen in the disputed 10-second video clip.

“Down the hall and to the left,” the character played by President Trump replies.

As reported by Breitbart, Culkin replied “Sold” to a viral tweet calling for a “petition to digitally replace trump in ‘home alone 2’ with 40-year-old macaulay culkin.”

Culkin then replied “Bravo” after another Twitter user posted an edited clip that made President Trump invisible in the movie.