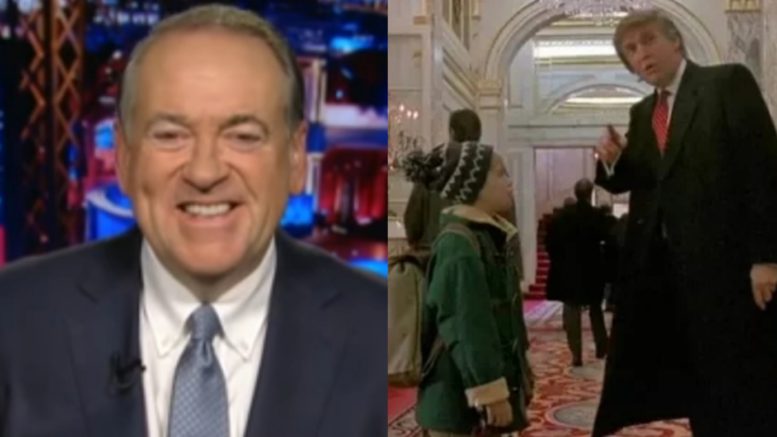 Several people called out CBC soon after noticing that they removed the moment when fictional character Kevin McAllister had a brief run-in with Trump after arriving at a New York hotel. The scene amounts to only a few seconds of the two-hour movie.

Ryan Fournier tweeted, “CBC TV in Canada has cut Donald Trump’s Home Alone 2 cameo out of their broadcast. They’re so triggered by him that they had to edit him out of the film. Absolutely pathetic.”

According to BizPac Review, CBC first began removing Trump’s cameo from their airing of “Home Alone 2” right after President Trump announced his bid for President in 2015.

CBC issued a statement to ComicBook.com in an effort to tamper down speculation on if they removed Trump on purpose.  The network blamed the edit on “commercial time.”

“As is often the case with features adapted for television, Home Alone 2 was edited to allow for commercial time within the format,” a CBC spokesperson said in a statement as per ComicBook.com Video Below

“All the celebs who said they’d move to Canada if @realDonaldTrump got elected should feel better that the country they will exile to will erase him from their history,” he added. “They should sign leases that will extend well beyond 2028.” Video Below

No surprise. TDS has reached epidemic levels. All the celebs who said they'd move to Canada if @realDonaldTrump got elected should feel better that the country they will exile to will erase him from their history. They should sign leases that will extend well beyond 2028. https://t.co/lIqx4uk1Yg

Donald Trump Jr. simply labeled CBC’s move as “Pathetic” in his reaction to the company cutting his father’s cameo out of “Home Alone 2.”

In ending, here is video of President Trump making an appearance in “Home Alone 2”: