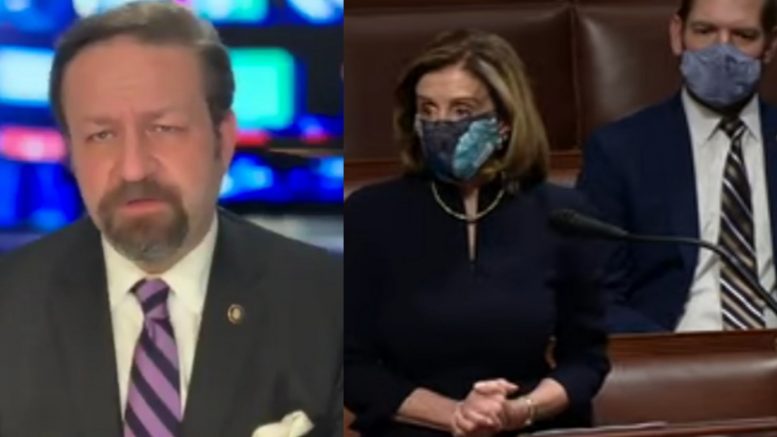 Sebastian Gorka declares that Democrats “made a mistake” when they rushed to impeach President Trump with just days left to go in his term.

The House voted 232 to 197 to impeach President Trump on Wednesday, alleging he incited the riot at the Capitol building last week during a joint session of Congress to validate the 2020 election results.

Related Article: Greg Kelly Rips Democrats Over Their Second Impeachment Of President Trump: “This Is Even Phonier”

“They made a mistake by impeaching a president in eight hours — not 21 days, not 21 weeks, but eight hours. They have described exactly who they are to the world,” Gorka said in a video that he uploaded to his Twitter account after the House voted to impeach President Trump.

He continued, “Just like that scene at the end of the original ‘Star Wars’ when Wan Kenobi says to Darth Vader, ‘If you strike me down, I will be more powerful then you could ever imagine’ — that’s what happened today with Donald Trump.”

“After the assault on Congress, the political career of the former President Trump was really in question. Now after being politically persecuted again in a travesty of unconstitutional act based upon a charge that no one could prove and based upon an approach from Nancy [Pelosi] when she said, ‘We don’t need a committee hearing. We don’t need to provide evidence.’ — just like a show trial in the Soviet Union or in any tin pot dictatorship — they’ve made a martyr and they’ve made President Trump stronger than ever,” Gorka declared. Video Below