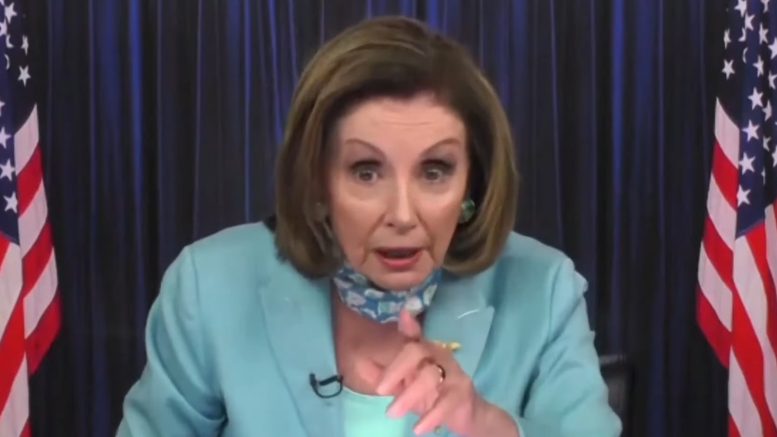 House Speaker Nancy Pelosi made an attempt to justify the level of fairness regarding Democrat efforts overturn the certified results of a congressional seat in Iowa, which was won by a Republican.

According to CNN, Democrats are facing backlash on both sides of the aisle after the House Administration Committee, at the approval of Democratic leadership, officially opened an investigation into Iowa’s 2nd Congressional District election results where Republican Rep. Mariannette Miller-Meeks defeated Rita Hart by six votes.

Related Article: Pelosi Calls On President Trump To ‘Stand Up Like A Man & Accept The Results Of The Election”

CNN reported: “Hart’s campaign, who has retained Democratic election lawyer Marc Elias for the matter, is calling for an investigation into 22 ballots, which they believe were not counted correctly for various reasons, and if recounted, would change the outcome of the election.”

The investigation could ultimately lead to a floor vote to determine the fate of Miller-Meeks’ seat depending on how far Democrats are willing to push the envelope.

Meanwhile, Republicans have been accusing Democrats of trying to “steal” the race in Iowa to gain in edge with their now single-digit majority in the House.

Facing harsh criticism over the situation, Speaker Pelosi suggested on Thursday that if she was really trying to be unfair, she could have just not seated Rep. Miller-Meeks on the opening day of Congress because it is her “right as Speaker” to determine. She then said that she deserves “credit” for allowing the Repubican Rep. from Iowa to be seated while the election was still being contested.

“If I wanted to be unfair, I wouldn’t have seated the Republican from Iowa because that was my right on the opening day,” Pelosi said in a live-streamed press conference on Thursday. “I would have just said they’re not seated and that would’ve been my right as Speaker to do. But we didn’t do that. We said, ‘Let’s just go through this process.’ Many members were saying, ‘Don’t seat the person.'”

She went on to declare, “It would have been, under the rules, allowable for me to say, ‘We’re not seating the member for Iowa. We did not do that. So I want credit for that.” Video Below