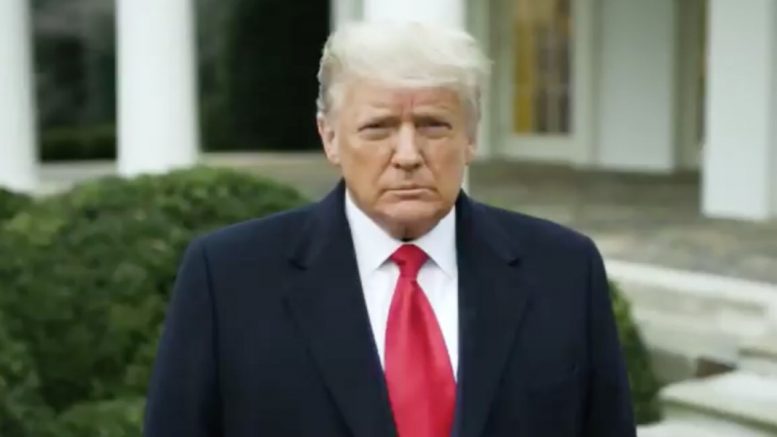 Capitol police ordered lawmakers and reporters to “shelter in place” within the U.S. Capitol on Wednesday, as some protesters at a “March for Trump” entered the building– following Congress beginning to certify and or object the Electoral College votes, as previously reported by The Freedom Times.

The House and Senate went into recess amid the breach of some protesters entering the building.

Following the breach of some of the protesters who went into the Capitol building, the Commander in Chief took to Twitter, issuing a message to his supporters to “go home” and called for “peace”.

“I know your pain. I know you’re hurt. We had an election that was stolen from us. It was a landslide election and everyone knows it, especially the other side,” the president said.

He noted that it’s a “very tough period of time”, adding, “There’s never been a time like this where such a thing happened where they could take it away from all of us, from me, from you, from our country.” Continued Below

“This was a fraudulent election, but we can’t play into the hands of these people,” the president explained. “We have to have peace. So go home. We love you, you’re very special”.

“You’ve seen what happens, you’ve seen the way others are treated that are so bad and so evil. I know how you feel,” he expressed. “But go home and go home in peace.” Video Below

The president also tweeted on Wednesday:

White House press secretary Kayleigh McEnany also informed the public, “At President Donald Trump’s direction, the National Guard is on the way along with other federal protective services. We reiterate President Trump’s call against violence and remain peaceful”.

At President @realDonaldTrump’s direction, the National Guard is on the way along with other federal protective services.

We reiterate President Trump’s call against violence and to remain peaceful.