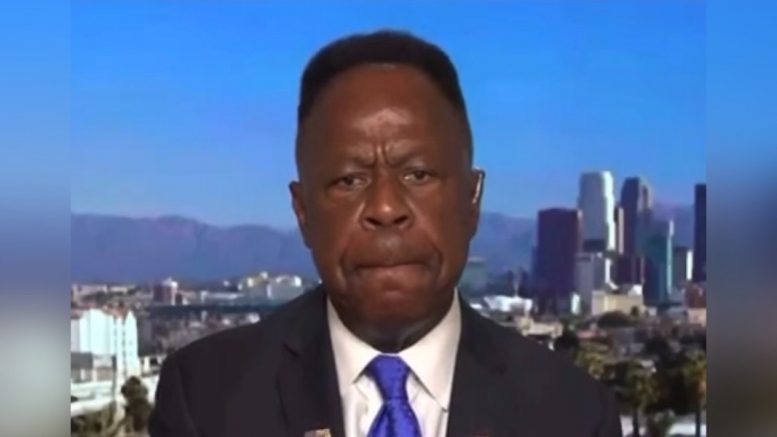 “The FBI is on trial today,” Fox News contributor and civil rights attorney Leo Terrell said Wednesday amid Special Counsel John Durham’s investigation over the origins of the Trump-Russia probe.

FBI supervisory counterintelligence analyst Brian Auten confirmed, during the second day of the Igor Danchenko trial into Special Counsel John Durham’s investigation, that the FBI, along with other intelligence agencies, did not have any evidence for allegations included in the Steele dossier, which was served as the basis for the Foreign Intelligence Surveillance Act (FISA) warrant and its renewals to monitor Trump campaign aide Carter Page.

When pressed on whether the FBI had any way to corroborate the salacious allegations against Trump and his campaign associates included in the dossier, Auten said “no”.

Durham questioned Auten over why he took information from the dossier, without corroboration, and included it in the FISA warrant for Page. “You and your colleagues took the information … and put it in the Carter Page FISA application,” the special counsel said.

“You didn’t have corroboration from FBI databases, from other intelligence community agencies, or from Christopher Steele and it still went into a FISA application?” Durham pressed.

Leo Terrell reacted to Auten’s admission, telling Fox News’ Bill Hemmer on Wednesday, “The FBI is on trial. … Our justice system has no credibility. … 6 years to validate — the Steele dossier was a hoax.”

“The Russian hoax collusion against Trump was a lie. But guess what the FBI did and the Justice Department? They carried out for 6 years this information. … Here’s the biggest tragedy: they went to a FISA court, which is classified — no one knows about it. They went there and presented false information, unknown to the public. They sent out false information to conceal their lie for 6 years,” Terrell said.

“That one single answer … ‘no'”, Terrell said of Auten’s disclosure, “is undisputed proof that they lied — the FBI lied,” adding, “And the problem is, Bill, who’s responsible within the FBI? It’s just shocking.”

“They should have come clean. … They’ve been covering up their tracks. They put Danchenko as a confidential informant. Why? To hide him for 3 years. And but for this investigation, we wouldn’t know these facts. The FBI is trying to protect itself from being exposed as unbelievable, corrupt, weaponized agency working for one side against the other side,” Terrell said.

“I’ll tell you right now, Trump was vindicated by this one word answer — that there’s no supporting evidence to support the Steele dossier. … This is the number one story. The FBI is on trial today,” he concluded.

Related: Leo Terrell: ‘The Political Left has one Obsession: not to Allow President Trump to run for Office, to Deny the American Public the Right to Choose the 47th President’