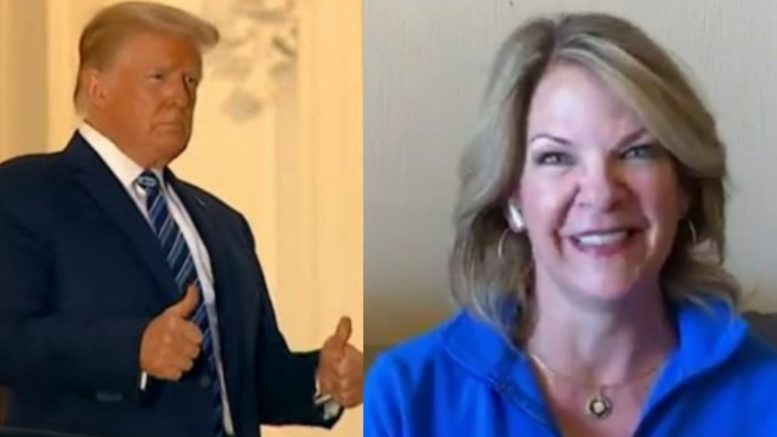 “All we want is integrity in this process and Mike Pence is one of the pieces in that puzzle,” Arizona’s GOP Chair Dr. Kelli Ward said in her interview with Newsmax on Tuesday.

Dr. Ward made the comment while weighing in on a lawsuit filed by Rep. Louie Gohmert (R-TX) that names several other GOP leaders, including the Republican slate of electors from Arizona, and aims to clarify the 12th Amendment of the U.S. Constitution, which gives Vice President Mike Pence authority to determine which electoral votes count when Congress meets for a joint session on January 6 to determine the winner of the 2020 presidential election.

According to Dallas Morning News: “The lawsuit challenges the 1887 Electoral Count Act, which dictates the vice president’s role in announcing the results as a ceremonial one. Instead, it says this federal law violates the 12th Amendment, which provides for separate Electoral College votes for president and vice president. The lawsuit is filed in the U.S. District Court for the Eastern District of Texas.”

“We are putting this lawsuit forward because we want to make it very, very clear that the Constitution is what takes precedent — that 12th Amendment gives the Vice President and only the Vice President the right to determine who the electors are,” Dr. Ward said in her interview.

When it comes to the January 6 joint session of Congress, Dr. Ward said she believes that the electoral votes “will be opened by Vice President Pence and he has the opportunity to choose which electors he will put forward or to put no electors forward from these seven contested states whatsoever. We know that there are dozens…dozens of our Congress men and women who are going to stand up and object to this illegitimate election.”

.@kelliwardaz says "we are putting this lawsuit forward because we want to make it very, very clear that the Constitution gives only the Vice President the right to determine who the electors are." https://t.co/VlT7z8drtO pic.twitter.com/rEPSXw1XH5