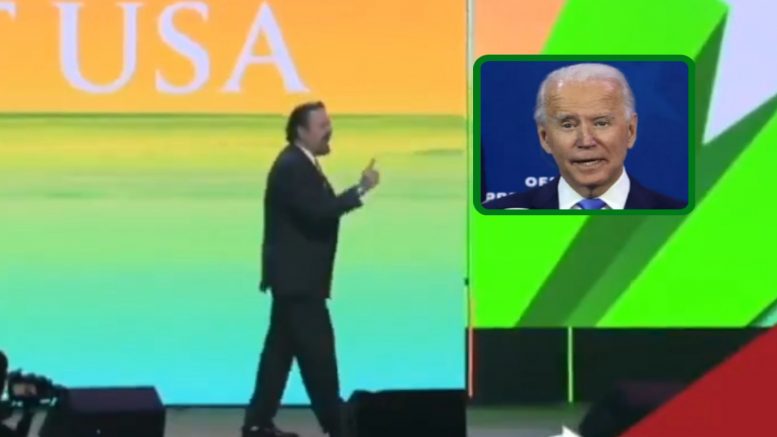 During a recent event held by Turning Point USA in Florida, Sebastian Gorka declared that Joe Biden is not the President-Elect, which he said will not be determined until after each state’s electoral votes are presented to the joint-session of Congress on January 6th.

It was the first of two times this past week that Gorka undermined the mainstream media, who have continuously referred to Biden as the President-Elect following the November 3rd election.

“But if any Congress man or woman — just one — joined by any one Senator says, ‘Stop! I disagree,’ then everything stops,” Gorka said.

The crowd erupted into cheers when he pointed out that Congressman Matt Gaetz, who also was at the event, is one of several members of Congress planning to challenge the results on January 6. Video Below

Related Article: Gorka Explains Why Biden Is Not ‘President-Elect’ & How Trump Still Has A Constitutional Path To Victory

Gorka went on to proclaim that if there are enough objections leading up to January 18, the “contingent election” would come into play, which gives President Trump a good chance of retaining control of the presidency.

In ending, here is video of Gorka’s full speech: