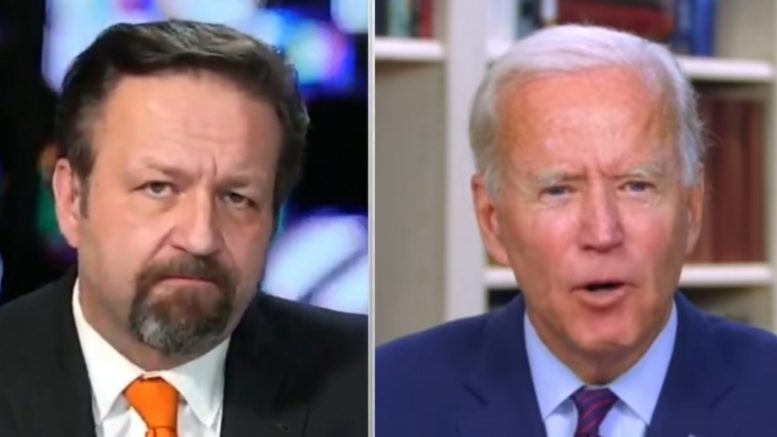 President Trump’s former deputy assistant Sebastian Gorka dropped a warning on Joe Biden’s bid for president and why it should ‘disturb’ all Americans, regardless of their political affiliation.

Gorka speculates that Biden became the nominee as a result of “the laziest knee-jerk establishment reaction.”

“[Biden] was the last man standing,” Gorka told Lou Dobbs while giving his assessment. “It is the continuation of the Clinton/Obama legacy.”

“Biden is now the hollow man that just will be the vessel of the extremism of ‘The Squad,’ of Nancy Pelosi, the defund police, the pro-Antifa, BLM Democrat Party that has become an extremist party,” he added.

“It should disturb all Americans, irrespective of skin color and political party affiliation that this man could have a position beyond county dog catcher, let alone the President of the United States,” Gorka concluded. Video Below

Hollow Vessel: @SebGorka says Joe Biden will serve as nothing more than as a vessel for all the extremism of the radical Dems. #AmericaFirst #MAGA #Dobbs pic.twitter.com/d2I3mcfvuz