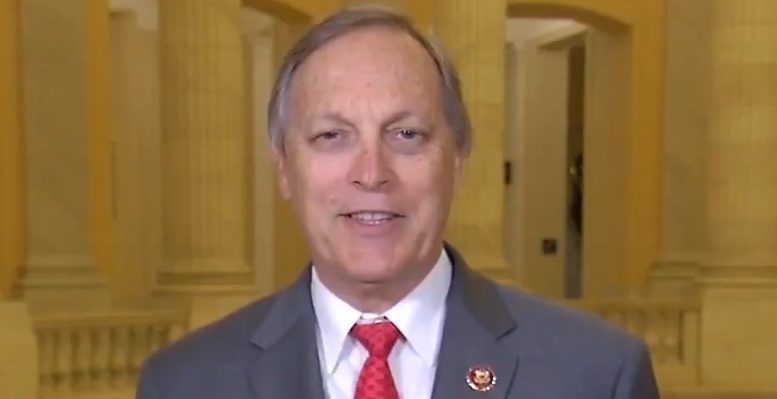 Congressman Andy Biggs (R-AZ) is confident that Republicans will be successful in their attempt to force a floor challenge on January 6, when Congress meets in a joint session to count electoral votes.

To raise objection to the Electoral College vote during the joint session and force it to be debated, House Republicans need just one Senator to join forces, which appears to be the case after listening to what Rep. Biggs had to say during his Monday night interview on Lou Dobbs Tonight

Related Article: Rep. Gaetz Set To Join ‘The Fighters’ On 1/6 As Prospects Of An Electoral Battle Heats Up

Asked by Gregg Jarrett if he thinks there will be a Senator who who will “consent to and join” House Republicans to force a floor challenge to the electoral results, Biggs replied, “We think that we probably do. We’re going to let them make their own announcement publicly. But yes, we think that we’ll be able to contest this.”

He continued, “We’ll have dozens of objectors from the House and at least one in the Senate — we think we’ll have more than that. And that will trigger the debate process.” Video Below

In ending, here’s a statement that was posted by White House Chief of Staff Mark Meadows regarding Monday’s meeting between President Trump and GOP House members:

Several members of Congress just finished a meeting in the Oval Office with President @realDonaldTrump, preparing to fight back against mounting evidence of voter fraud.

Rep. Johnson To Garland: “Did You Seek Ethics Counsel Before You Issued A Letter That Directly Relates To The Financial Interest Of Your Family?”