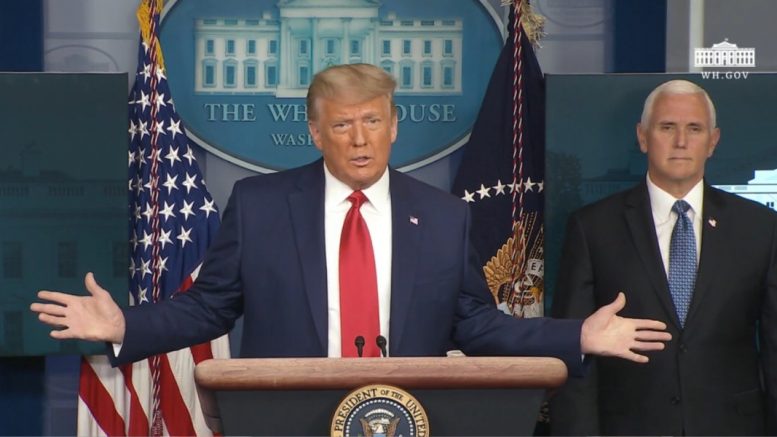 The Dow Jones Industrial Average traded above 30,000 for the first time ever on Tuesday.

President Donald Trump touted the milestone at the podium in the White House briefing room alongside Vice President Mike Pence, congratulating “the people of our country”.

The president’s daughter, Ivanka Trump, tweeted the news Tuesday regarding the Dow Jones hitting 30,000 for the first time ever.

Dow Jones Industrial Average hits 30,000 for the first time ever!

“I just want to congratulate everybody. The stock market– Dow Jones industrial average just hit 30,000, which is the highest in history. We’ve never broken 30,000, and that’s despite everything that’s taken place with the pandemic,” the Commander in Chief expressed.

President Trump also said that he is “very thrilled with what’s happened on the vaccine front”, adding, “That’s been absolutely incredible. Nothing like that has ever happened medically, and I think people are acknowledging that. It’s having a big effect.” Continued Below

Nobody ever thought they’d see it. That’s the 9th time since the beginning of 2020, and it’s the 48th time that we’ve broken records during the Trump administration,” the president pointed out.

The stock market has experienced a powerful rally as drug makers announced test results showing their coronavirus vaccines appear to be highly effective. The Dow is up nearly 12,000 points since its lows in March.

If the rally holds, November will have been the best month for stocks since 1987.