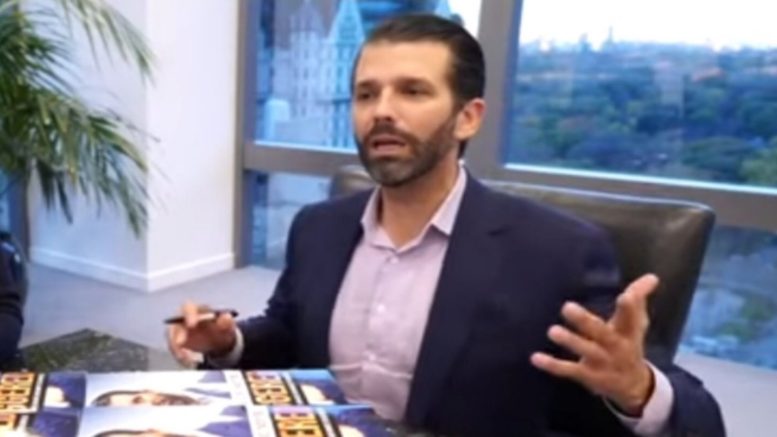 On Thursday during a White House Task Force briefing, the Commander in Chief announced the FDA approval of Hydroxychloroquine for treatment of the coronavirus, after studies are showing signs that it may help treat COVID-19 when combined with an antibiotic.

As reported by Bloomberg:

The drug touted by the U.S. President Donald Trump as a possible line of treatment against the coronavirus comes with severe warnings in China and can kill in dosages as little as two grams.

[L]ocal media reported that a Wuhan Institute of Virology study found that the drug can kill an adult just dosed at twice the daily amount recommended for treatment, which is one gram.

Chloroquine was among the first group of therapies Chinese scientists identified as being effective in curbing the new coronavirus. Clinical trials on about 130 patients demonstrated the drug’s ability to reduce the severity of the illness and speed up virus clearance, according to China’s Ministry of Sciences and Technology. (Continued Below)

Chloroquine phosphate was officially recommended on Feb. 19 in the Covid-19 treatment guidelines published by China’s National Health Commission, along with a few other drugs such as AbbVie Inc.’s Kaletra and flu drug arbidol as antiviral treatments for patients. The commission recommended no more than a 10-day course of chloroquine for adult patients at 500mg — half a gram — twice a day.

It can now be given only to patients between 18 to 65 years of age for a seven-day treatment course. Patients weighing over 50 kilograms (110 pounds) can take 500mg twice a day — the usual dose — while those weighing less will be administered the drug just once a day after two days of use, according to the latest guidelines.

The president’s son took to Twitter asking: “What’s your point? 2 grams of caffeine can kill you too, but no one is planning on prescribing that much.”

He added: “This bullshit is why everyone hates and doesn’t trust the media. They are trying to create fear for clicks with misleading and irrelevant info. You people truly suck!”

What’s your point? 2 grams of caffeine can kill you too, but no one is planning on prescribing that much.

This bullshit is why everyone hates and doesn’t trust the media. They are trying to create fear for clicks with misleading and irrelevant info.

On Saturday, the Commander in Chief tweeted: “HYDROXYCHLOROQUINE & AZITHROMYCIN, taken together, have a real chance to be one of the biggest game changers in the history of medicine.”

“The FDA has moved mountains – Thank You! Hopefully they will BOTH (H works better with A, International Journal of Antimicrobial Agents) be put in use IMMEDIATELY. PEOPLE ARE DYING, MOVE FAST, and GOD BLESS EVERYONE!” he expressed.

During Saturday’s Coronavirus Task Force briefing, the president was asked about Hydroxychloroquine and said, “We’re going to find out very shortly whether or not it’s going to work.”

President Trump says it “would be a gift from Heaven.. God” if the Experimental Malaria Drug worked.

Meanwhile, as the media continues to spin, Dr. Fauci said during Saturday’s briefing that the “anecdotal reports” about Hydroxychloroquine and Azithromycin “may be true”, adding the President’s message of “hope for people” with coronavirus is “not unreasonable”.

Dishonest media is cherrypicking in order to mislead & spread fear!

Dr. Fauci said the "anecdotal reports" about HYDROXYCHLOROQUINE & AZITHROMYCIN "may be true."

He said the President's message of "hope for people" with #coronavirus is "not unreasonable" pic.twitter.com/B1bUjUTkDH https://t.co/4FMQPcwJsW