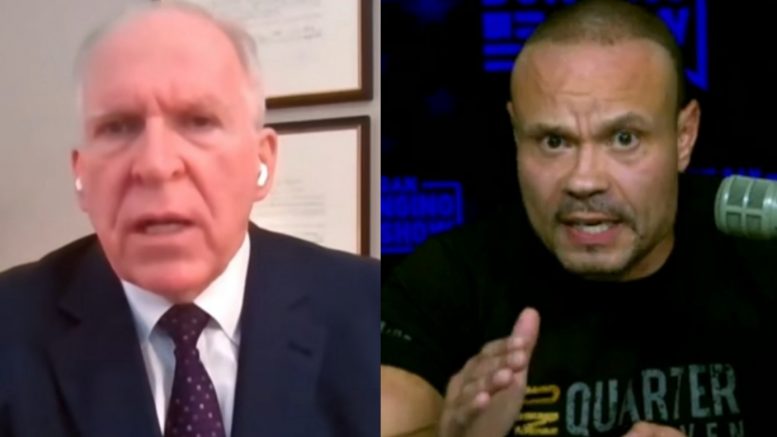 On Monday evening, former CIA Director John Brennan touted his “outspokenness” and criticism towards the Trump Administration over the past four years, and he vowed to “denounce” other officials moving forward that he feels will “betray the trust of the American people.”

The anti-Trump former intel director has been known to repeatedly attack President Trump and members of his administration via long-winded Twitter rants and while making appearances on programs aired by left-leaning media sources.

“For four years, I spoke out vigorously against Donald Trump’s craven dishonesty, corrupt pursuit of personal interests, & trampling of our democratic principles. After serving over three decades in national security, I felt compelled to condemn Trump’s depravity & incompetence.

“My outspokenness has brought criticism, retaliation by the Trump Administration, & threats by those blinded by Trump’s demagoguery.

“Yes, it is unusual for a former CIA Director to speak out, but when an autocrat descended upon the White House, silence was not an option for me.

“I now plan to ignore Trump. I leave his fate to our judicial system, his infamy to history, & his legacy to a trash heap. The national security team of P-E Biden and VP-E Harris has numerous challenges ahead of it & wise national security policies merit strong bipartisan support.

“And while I will refrain from referencing Donald Trump in Twittersphere again, I will not hesitate to denounce public officials of any political stripe who I believe betray the trust of the American people or engage in unethical, unprincipled, or corrupt activities. I promise.”

In response, political commentator Dan Bongino reminded Americans that Brennan allegedly “weaponized” the CIA to “attack” President Trump and his associates during the 2016 election, which is thought to have helped jumpstart the Trump/Russian collusion investigation.

“This piece of filth weaponized his powers as Director of the CIA to attack his political opponents & assist his friends,” Bongino said in a direct reply to Brennan.

“He’s a disgrace to the country, the CIA, the intelligence community, his friends & neighbors, & decent people everywhere. He’s a stain on humankind,” he added.