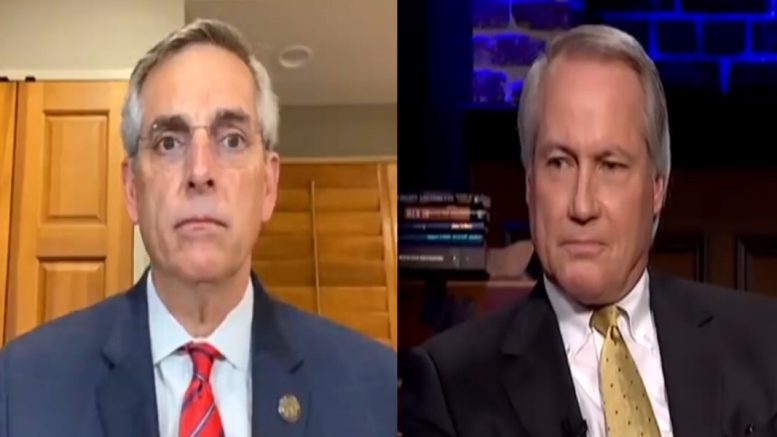 Attorney Lin Wood on Monday evening, tweeted a photo showing a “filed notice of subpoena” for Atlanta Hawks VP Scott Wilkinson from the US District Court with GA Secretary of State Raffensperger listed as the Defendant, to obtain video evidence from the State Farm arena.

In the case filed, it reads, “YOU ARE COMMANDED to produce at the time, date, and place set forth below the following documents, electorally stored information, or objects, and to permit inspection, copying, testing, or sampling of the material: Please see ‘Exhibit A’ hereto.

The things to be produced are as follows:

Mr. Wood, in his tweet with the “notice of subpoena”, also wrote, “Would someone ask my never-to-be friend Brad Raffensperger @GaSecofState if he has seen this tape of election fraud at State Farm Arena in Fulton Co., GA. Several people have seen it. Many more will see it soon. Video camera eye does not lie. How do you spell Election Fraud?”

In an additional tweet, Lin Wood added, “In time, people are going to prison in Georgia. Every lie will be revealed. #FightBack for TRUTH”.

‘This Is Not The American Way’: Trump Says Over Georgia DA 2020 Election Probe