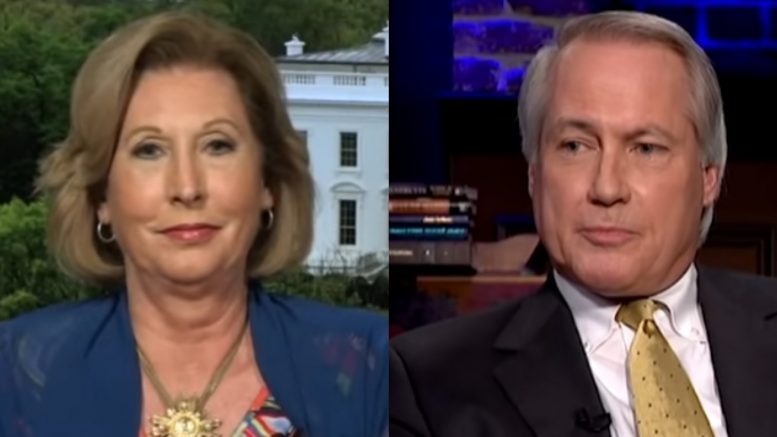 Two of President Trump’s attorneys released a statement on Sunday announcing that Sidney Powell is “practicing law on her own” and is “not a member of the Trump legal team.”

The statement came several hours after Ms. Powell told Newsmax that a pending lawsuit set to be filed in Georgia this week will be “Biblical.”

On Sunday afternoon, Rudy Giuliani and Jenna Ellis both tweeted the following prepared message: “Sidney Powell is practicing law on her own. She is not a member of the Trump Legal Team. She is also not a lawyer for the President in his personal capacity.”

Dinesh D’Souza retweeted the statement and said, “I really don’t know what to make of it.”

Atlanta attorney Lin Wood, who is in the process of fighting legal battles in Georgia on behalf of “We The People,” replied to D’Souza and weighed in on the cryptic statement from Trump’s legal team.

“Sidney Powell & I are more alike than we are different,” Wood tweeted. “We are fighting different legal battles for the same clients – We The People.”

“The People voted overwhelmingly to re-elect @realDonaldTrump. All interests are aligned,” he added along with the hashtag #FightBack. See Below

Related Article: Sidney Powell On The Lawsuit That’s Expected To Be Filed In Georgia Within Days: “It Will Be Biblical”

Moments later, Wood attempted to the calm the nerves of Trump supporters who were shaken by Giuliani and Ellis’ statement.

“There are no coincidences. Everything is planned. Stay strong in your faith. Be patient. Trust the Lord,” Wood replied to a one of his followers who said she was “scared” by the latest revelation.