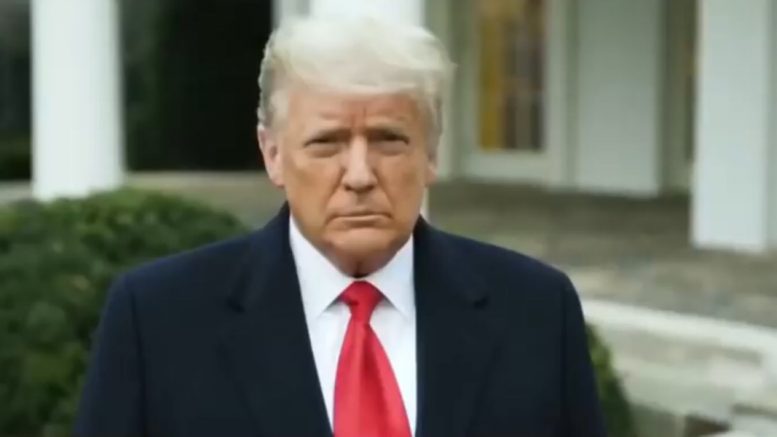 Former President Donald Trump’s legal team filed a 78-page brief on Monday, arguing that the Senate should immediately dismiss the impeachment article filed against the 45th President– as the trial begins Tuesday.

The brief amounts to a more detailed version of the arguments presented in a filing last week from Bruce L. Castor, Jr. and David Schoen, who are representing Trump in the Senate.

Trump’s legal team argue that the impeachment brought forward by House Democrats is unconstitutional, and that even if senators disagreed, the 45th President’s speech was protected by the First Amendment and did not meet the threshold of an impeachable offense.

Castor and Schoen accused Democrats in the brief of attempting to “silence a political opponent and a minority party” through a “brazen political act,” arguing the second impeachment proceedings against the former president failed to give him due process.

“The Article of Impeachment presented by the House is unconstitutional for a variety of reasons, any of which alone would be grounds for immediate dismissal,” the attorneys wrote. “Taken together, they demonstrate conclusively that indulging House Democrats hunger for this political theater is a danger to our Republic, democracy and the rights that we hold dear.”

The lawyers also argue that House Democrats rushed to impeach the 45th President. They also argue that Trump’s speech at the Ellipse before the riot at the Capitol did not incite violence. Additionally, they note that the riots were planned prior to January 6 “and therefore had nothing to do” with Trump’s speech. Continued Below

“Of the over 10,000 words spoken, Mr. Trump used the word ‘fight’ a little more than a handful of times and each time in the figurative sense that has long been accepted in public discourse when urging people to stand and use their voices to be heard on matters important to them; it was not and could not be construed to encourage acts of violence,” the brief states.

“The real truth is that the people who criminally breached the Capitol did so of their own accord and for their own reasons, and they are being criminally prosecuted,” it states, citing The Gateway Pundit.

“We fight like hell and if you don’t fight like hell, you’re not going to have a country anymore,” the 45th President said in part during his speech on January 6, prompting Democrats to claim “fight like hell” were some of the words that incited protesters to storm the Capitol. Video Below

Meanwhile, a video which surfaced over the weekend, shows Democrats have also used the term “fight like hell” many times: