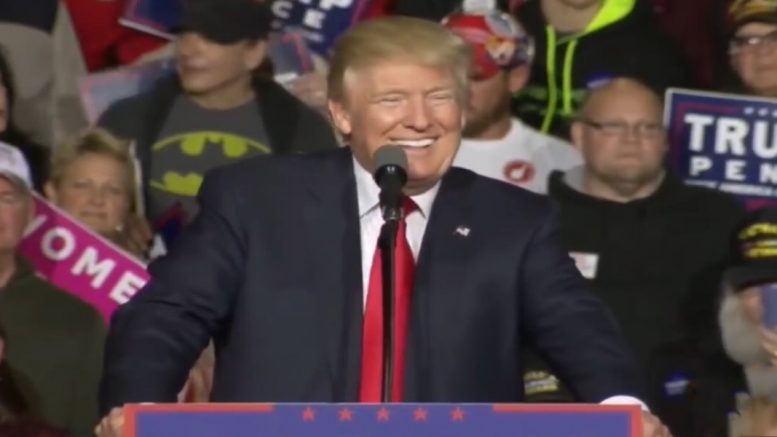 Several groups, including the Million MAGA March, Stop the Steal, and March for Trump, according to the Anti-Defamation League, are gathering in Washington, D.C. on Saturday, starting at noon, in support of President Donald Trump.

Organizers are promoting the event as a way to protest “voter fraud,” to “show support for our President” and “demand a free and fair election,” according to the Anti-Defamation League. The Commander in Chief has refused to concede as he awaits recounts in some states and pending litigation filed.

White House press secretary Kayleigh McEnany told Fox News on Thursday that she expects the turnout to be “quite large” at Saturday’s rallies.

“People want to show up and have their voice heard,” McEnany expressed when asked about the event.

President Trump also reacted to the news of the events, hinting that he may make an appearance during the MAGA March, in a tweet on Friday.

“Heartwarming to see all of the tremendous support out there, especially the organic Rallies that are springing up all over the Country, including a big one on Saturday in D.C. I may even try to stop by and say hello. This Election was Rigged, from Dominion all the way up & down!” the Commander in Chief wrote. Continued Below

As reported by USA Today:

Facebook previously shut down a fast-growing pro-Trump “Stop the Steal” group that was being used to organize protests over “worrying calls for violence.”

Eventbrite took down several of event pages connected to these rallies and refunded tickets. A spokesperson said the site prohibits events, content or creators that share potentially harmful misinformation or contribute to the risk of violence. Continued Below

National correspondent Logan Ratick of Newsmax reported that removing the events from social media and the internet “won’t stop Trump supporters from showing up”.

“The march for Trump, here in Washington, starts at noon Eastern tomorrow at Freedom Plaza, it will continue up to the Supreme Court, and there will also be events at the National Mall,” Ratick said.

A massive rally is expected to occur in front of the White House in support of Trump. Kayleigh Mcenany says this will be a massive turn out. @Logan_Ratick shares more. https://t.co/6psrdu4pta pic.twitter.com/va9TEPGnNc