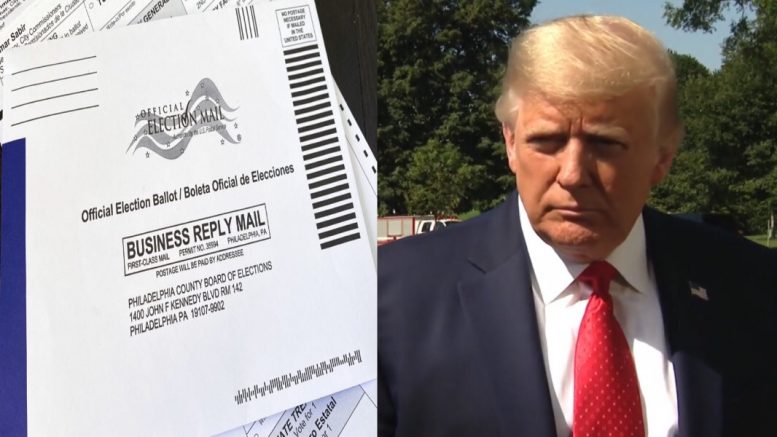 In the ruling, Commonwealth Court President Judge Mary Hannah Leavitt wrote, “If presented to the people, a constitutional amendment to end Article VII, Section 1 requirement of in-person voting is likely to be adopted. But a constitutional amendment must be presented to the people and adopted into our fundamental law before legislation allowing no-excuse mail-in voting can be ‘placed upon our statute books.'”

Friday’s decision by a five-judge Commonwealth Court panel could be put on hold immediately by an appeal from Gov. Tom Wolf’s administration to the state Supreme Court.

The decision throws the state’s voting laws into doubt in a big election year. The three Republican judges agreed with Republican challengers. The two Democrats on the panel dissented. Continued Below

“Big news out of Pennsylvania, great patriotic spirit is developing at a level that nobody thought possible. Make America Great Again!” Trump said, praising the court’s decision and attached a link to read the article from FOX 43.

Pennsylvania’s attorney general, Josh Shapiro, said in a statement the opinion will be immediately appealed and will not have any immediate impact on Pennsylvania’s upcoming elections, KDKA CBS 2 Pittsburgh reported.

2.6 million mail-in ballots were counted in Pennsylvania in the 2020 general election, according to the Pennsylvania Department of State. Continued Below