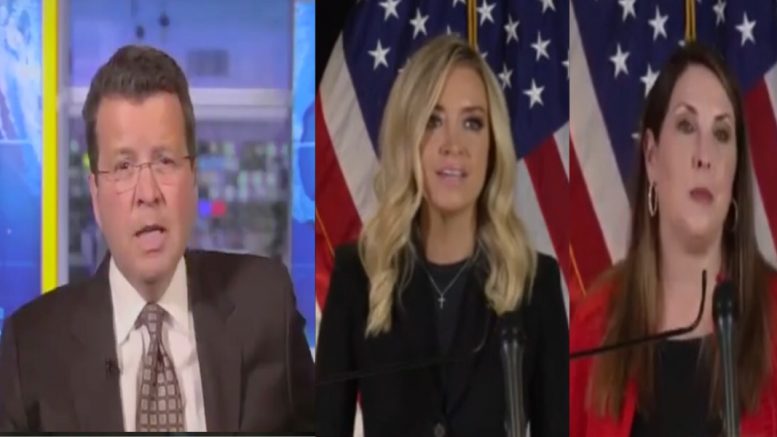 Fox News anchor Neil Cavuto on Monday, suspiciously cut away from the Trump campaign’s news conference in Washington, D.C. right as core details were about to come out, saying, “Whoa. Whoa. Whoa. I just think we have to be very clear. She’s charging the other side is welcoming fraud and welcoming illegal voting, unless she has more details to back that up, I can’t in good countenance continue showing you this. Maybe they do have something to back that up, but that’s an explosive charge to make that the other side is effectively rigging and cheating”.

Kayleigh McEnany, who said she was speaking in her personal capacity, began by declaring that the election is “not over” and that Republicans had “only begun the process of obtaining an accurate, honest vote count.”

She also accused Democrats of opposing voter ID laws, verifying signatures and other identity markers, and preventing observers from watching ballots being counted in the past election. “You don’t take these positions because you want an honest election,” McEnany said. “Unlike our opponents, we have nothing to hide.”

McEnany and Republican National Committee Chairwoman Ronna McDaniel cited voting irregularities in Nevada and Michigan and detailed how officials were not given adequate access to view votes being counted in Philadelphia. Video Below

At the end of the conference, McEnany told reporters, “I want to say one final thing. There were 682,487 ballots counted in Philadelphia, in Allegheny County. There were no poll watchers allowed to watch. It’s the job of the media to ask the questions why. All we are asking for is truth, transparency and sunlight here. That is all we are asking for.”

“And sadly we are asking the questions, many of you should,” she added.

(Related: Ronna McDaniel Reports Multiple Election-Related Irregularities: “We Need People To Be Patient, Give Us The Time To Investigate”)