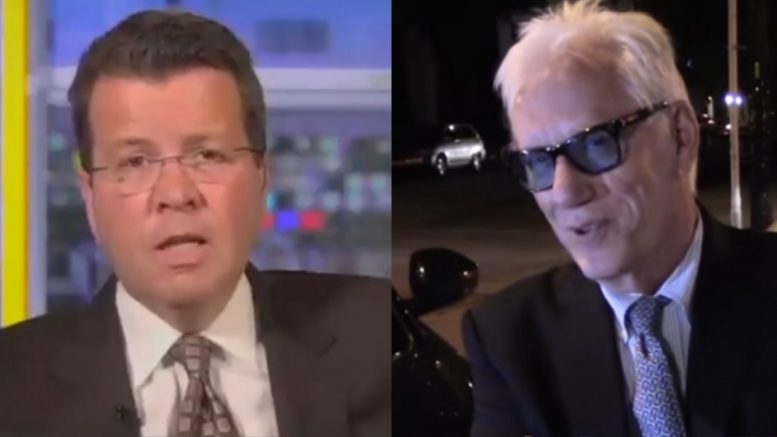 Former actor James Woods likened news sources to nothing other than “flying monkeys from the Wizard of Oz” after the shenanigans that went down during the Trump campaign’s news conference on Monday.

During the briefing, Fox News anchor Neil Cavuto suspiciously cut away from the Trump campaign’s news conference in Washington, D.C. right as core details were about to come out, saying, “Whoa. Whoa. Whoa. I just think we have to be very clear. She’s charging the other side is welcoming fraud and welcoming illegal voting, unless she has more details to back that up, I can’t in good countenance continue showing you this. Maybe they do have something to back that up, but that’s an explosive charge to make that the other side is effectively rigging and cheating”.

While other sources, like Fox, attempted to downplay allegations made by the Trump campaign, it was enough to solidify how Mr. Woods truly feels about the mainstream media. And he shared his thoughts when replying to Team Trump senior advisor Jenna Ellis.

Following the press conference, Ellis wrote, “The enormity of what’s happening in media cannot be ignored. If an attorney held a press conference and said she has evidence exonerating her client, the press should NOT cut away and substitute its own judgment, claiming no proof. That’s acting as a party in interest, not press.”

Woods responded, “But they aren’t the press. They don’t even pretend anymore. They’ve become the flying monkeys from the Wizard of Oz. They exist solely to protect and serve the Democratic Party.” See Below

Moments later, Woods slammed the press over their silence, while tens of millions of Americans are stunned by the media’s ‘projected’ loss for President Trump and demand some answers.

In ending, here is Woods’ reaction to the media’s lackluster approach to the likelihood of a COVID-19 vaccine during Trump’s term, which was announced on Monday: