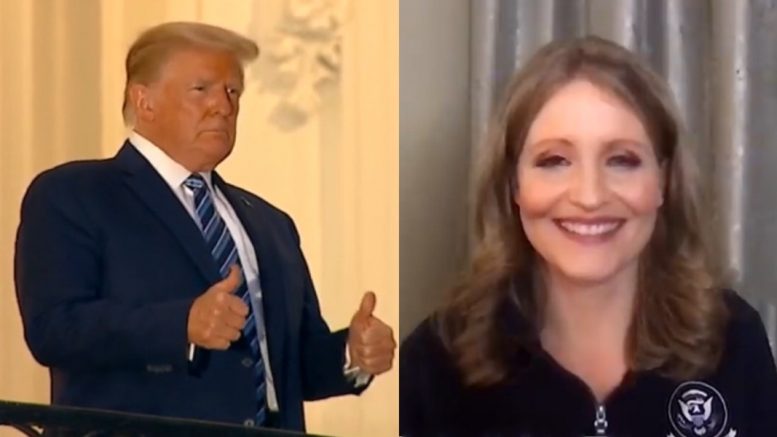 Trump campaign senior legal advisor, Jenna Ellis, spoke with Jan Jekielek, senior editor at The Epoch Times during a Wednesday interview on “American Thought Leaders” in the wake of the 2020 November election.

Jekielek asked Ellis, “From a campaign perspective, where are we at right now?”

“Since November 3, the mainstream media has tried to just say at every step of the way you know, ‘This is hopeless for Donald Trump; he should just concede’. They’ve been trying to push Joe Biden through to the finish line,” Jenna Ellis replied.

“But this fight is not over yet, not by a long shot,” she assured. “We’re following the process that is laid out in the U.S. Constitution designed specially by our founding fathers to make sure that corrupted elections don’t prevail”.

“Although we have a December 14, just this past Monday, where the different slate of delegates came in those 6 states that we’re challenging, the GOP delates ultimately showed up and cast their votes. That’s happened before in U.S. history, where there have been two sets of delegates and there’s been controversial outcome of a particular states election and how they set their delegates right up unto the day they go to Congress,” Ellis said.

“So the date of ultimate significance as the Supreme Court recognized, is January 6 when Congress actually receives and counts and certifies the electoral college. At this point what the campaign is doing and the legal team for the president, we are still pushing for election integrity to make sure every legal vote is counted and counted fairly. There is still plenty of time for the state legislatures to do their constitutionally mandated job by making sure that the delegates that they send and they certify are the correct slate,” she explained. Video Below

.@JennaEllisEsq tells @JanJekielek where we’re at right now from the campaign perspective. pic.twitter.com/04B6xU89x4