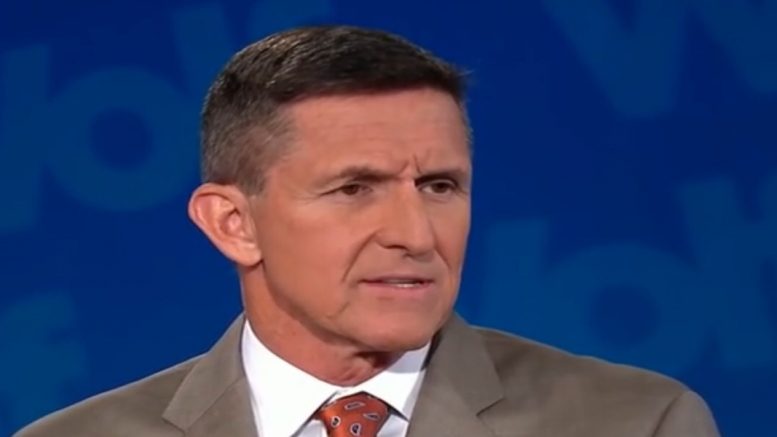 Retired United States Army lieutenant general, who served briefly as the 24th National Security Advisor of the Trump administration, Michael Flynn, issued a call to action to “all Republican leaders” in the wake of the November presidential election.

“Calling ALL Republican leaders, MUSTER your courage!” General Flynn tweeted on Thursday. “Time is NOW to speak up & join w/ Patriots across America and back @realDonaldTrump our @POTUS. [Defend Election Integrity] of the most important election in U.S. history. [Stop The Fraud]. God Bless America”.

Meanwhile, patriots responded to General Michael Flynn’s call to action. We leave you with a few of those responses:

Amen, General Flynn!  Where the hell are the congressional Republicans?  Where’s the Georgia governor, Kemp! https://t.co/PTiFf8Nr8D

👇maybe it’s time for a new party with courage if these Republican leaders can’t stand up and speak up. Remember how you all benefited and circled the wagons around @realDonaldTrump when you thought it benefited you ? Who are you if you can’t stand up 4 what is right? https://t.co/htN8HbxlZ0

We the People are watching.

We will remember who rode in on @realDonaldTrump’s coattails but refused to have his back.

We will replace those with Patriots who fight.

Prior To His DNC Appearance, Obama Gets Blasted By President Trump: “He Was So Ineffective, So Terrible”