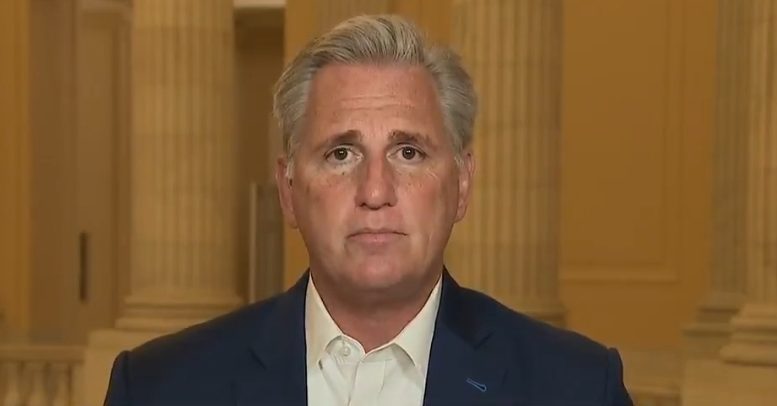 With hundreds of thousands of votes being unaccounted for, Fox News announced Biden’s victory in the Grand Canyon state, sending shockwaves through the Trump campaign.

The Trump campaign has since declared that the President has a very good chance of winning Arizona based on mathematical models regarding the remaining votes, and has demanded that the network along with the Associated Press retract their projections. However, Fox News and the AP continue to stand firm by their data.

While appearing on Lou Dobbs Tonight, Rep. McCarthy voiced confidence that after everything shakes out in Arizona, Fox News’ “mistake” of a projection will ultimately be proven wrong.

“At the end of the day, for all your viewers, stay patient, but pay attention,” Rep. McCarthy told Lou Dobbs. “Let’s make sure nothing is stolen from us.”

He continued, “What’s gonna happen is — I think Fox even made a mistake too by calling Arizona too soon. I think when they continue to count the ballots, it’s gonna come back to President Trump that he won Arizona. He’s going to win Pennsylvania, and that will he 280 electoral votes that he needs cause you only need 270.”

“And he will get four more years,” McCarthy declared. Video Below

4 More Years: @GOPLeader says he is confident that @realDonaldtrump will be reelected President after all ballots are counted #MAGA #AmericaFirst #Dobbs pic.twitter.com/W9msrP1niS

The actual math points to a Trump triumph in Arizona, here are the numbers.