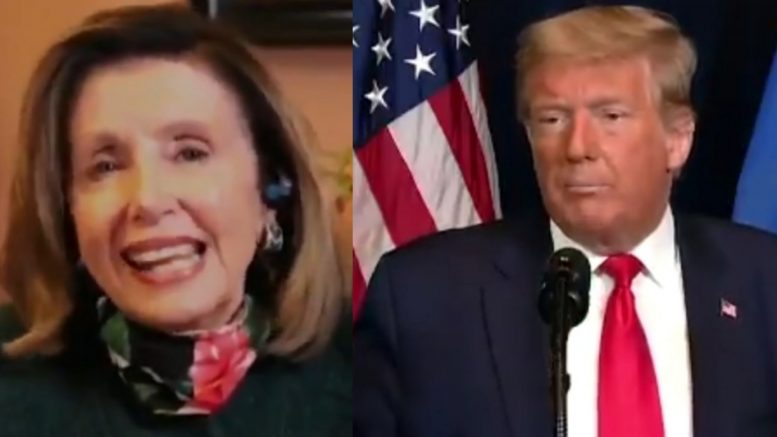 House Speaker Nancy Pelosi is calling on President Donald Trump to “stand up like a man and accept the results of the election” in wake of his rhetoric leading up to the November 3 showdown.

Trump has demanded that the presidential contest should have a final vote total on the night of the election, and that courts should prevent states from dragging out the process of counting votes past the November 3 deadline due to “big problems and discrepencies” he feels will come with mail-in ballots.

“Hopefully the few states remaining that want to take a lot of time after November 3rd to count ballots, that won’t be allowed by the various courts,” President Trump said at a recent press conference in Las Vegas.

Trump: "Hopefully the few states remaining that want to take a lot of time after November 3rd to count ballots, that won't be allowed by the various courts." pic.twitter.com/ckryTBuX0j

In response, Speaker Pelosi accused the President of “undermining our elections” and suggested Trump has a “lack of patriotism” because of his stance on vote-tallying.

“Of all of the things that the President has done, and they have been horrible — undermining the Constitution, degrading our environment, denigrating who we are as a people, undervaluing who we are in terms of our priorities as a country, taking children out of arms of parents — again, dimming the bright light of hope to the world…the list goes on and on,” Pelosi said. “But the easiest thing for him to do is to stand up like a man and accept the results of an election of the American people.”

“For him to make these kinds of statements shows his lack of patriotism, his undermining of our elections, while he allows countries like his friend Putin to undermine the integrity of our election. He, himself, is doing it as well,” she declared. “But let’s forget about him. Let’s get on with the future.” Video Below

The best thing the President can do for our country is to stand up and take the results of this election like a man. #MSNBCLive pic.twitter.com/FmwoQCqK0Q