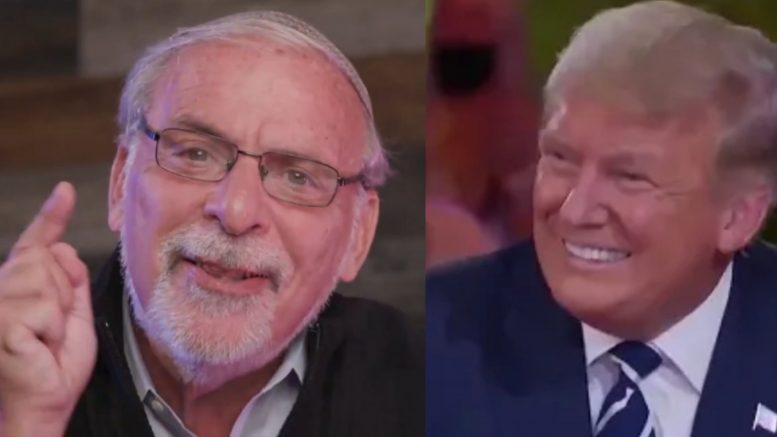 A lifelong registered Democrat from New York came forward and shared why he is voting for President Donald Trump in 2020 after voting against him in the 2016 election.

Dov Hikind, who is a retired Democrat state assemblyman, posted a video where he describes what all in the past four years has persuaded him to support President Trump.

“This president, President Trump, gave us the best economy that America ever had before,” Hikind proclaimed. “That is simpy a fact of life that has nothing to do with being a Democrat or being a Republican. The numbers are very clear on that.”

Hikind went on to slam Democrats for implying that President Trump’s tax cuts only benefitted the rich, as he said, “That is a lie! That is simply not true. I benefitted. I’m not rich. I’m middle-class.”

Another aspect that led to Hikind’s change of heart is President Trump’s “unprecedented effect on the federal judiciary.”

“Criminal justice reform — everybody talked about it. The Obama Administration for eight years talked about reform of the criminal justice system,” he pointed out. “Well, one person got it done. It was the Republican President Donald Trump who got that done.”

“The values of this country are being destroyed by a small group of people on the Radical Left, who are deciding what you can say, what you can believe in and what’s right for everyone,” he declared. “I ask you to vote for our wonderful, magnificent country, and by doing that, you will be voting for Donald Trump.” Video Below

President @realDonaldTrump didn't get my vote in 2016.

There are two simple reasons why.