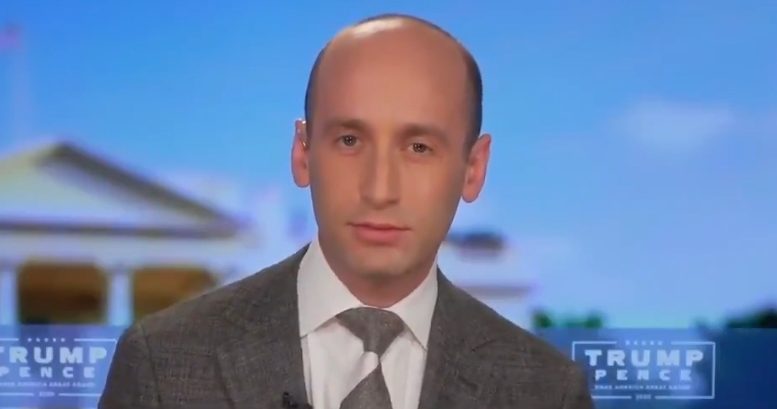 While appearing on Lou Dobbs Tonight, President Trump’s top advisor Stephen Miller weighed in on the “blackout” that is currently underway by forces of the left to hide the scandal surrounding a laptop purportedly belonging to Joe Biden’s son Hunter.

Social media companies have restricted and even blocked the circulation of reports related to damning information discovered on Hunter’s alleged laptop, and have even gone as far as blocking The New York Post from accessing their Twitter account as a result.

Related Article: Trump Steps Off The Airplane & Rips Journalist Over Hunter’s Alleged Laptop: “You’re A Criminal For Not Reporting It”

Miller accused big tech companies of working hand in hand with Democrats and Joe Biden because at the end of the day, they all share the same “vision” for the world, which strictly entails globalism and globalistic principles.

“What you’re seeing…is leftist facism pure and simple,” Miller said. “You’re seeing the awesome power of these companies being wielded against working-class citizens.”

“This is about two visions of the world, patriotism versus globalism and that’s what this whole election is about,” he continued. “It’s about Donald Trump’s American patriotism and Joe Biden’s solace globalism.”

Miller went on to say that big tech companies in Silicon Valley could care a less about American workers, which explains why they “import foreign workers to replace American workers.”

“Joe Biden has spent five decades replacing American workers with cheap foreign labor,” he pointed out. “He has opposed the interest of working people for 47 straight years, and that’s why the Silicon Valley titans have his back.”

“It’s one corrupt group. It’s Silicon Valley, Joe Biden, the Radical Left, the Democratic Party — they are all together against the people,” Miller declared. Video Below

The Left’s Destruction: Stephen Miller says Silicon Valley, Joe Biden, the Radical Left and the Democrat Party are all working together against the American people and @realDonaldTrump. #AmericaFirst #MAGA #Dobbs pic.twitter.com/6FmAmlCaUn