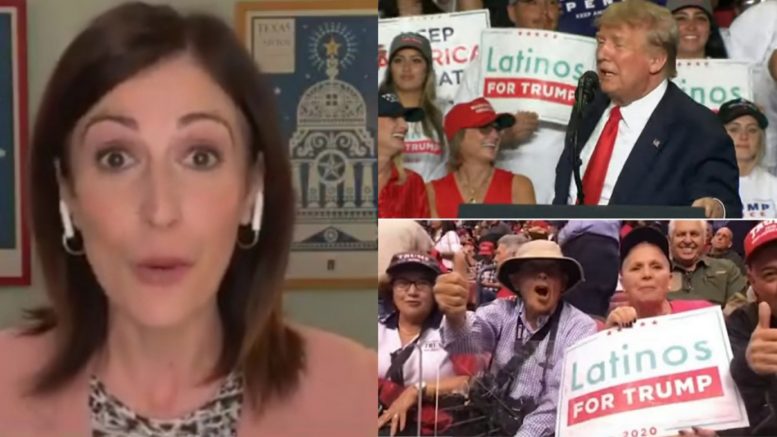 Soto asserted to Morning Joe panelists that Democrats “should absolutely be flinching” at new poll numbers released by Bendixen & Amandi International and the Miami Herald.

The poll shows President Trump leading Hispanic support 47% – 46% against Joe Biden in Miami-Dade County, which could the result of Trump’s increased support among conservative leaning Cuban Americans in the area, who supported Trump over Biden by a whopping 38 points.

While Biden leads Trump by 17 points among all Miami-Dade voters 55% – 38% in the poll, Trump appears to be filling the gap as he lost the county to Hillary Clinton by 30 points in 2016.

And if that isn’t worrisome enough for the Biden campaign, the former Vice President is down 11% in overall Latino support in the state of Florida compared to what exit polls showed for Hillary Clinton back in the 2016 election.

“Democrats should absolutely be flinching at these numbers,” Victoria Defrancesco Soto told Joe Scarborough on Wednesday.

Soto blamed Democrats’ socialist approach to what is most likely turning off Cuban Americans who escaped socialism to come to America.

But what should be more worrisome for Democrats, according to the NBC analyst, is that Trump appears to be picking up support from non-Cuban Latinos who generally vote Democrat.

“This is going to be very worrisome as we get down to the home stretch of the election because there isn’t going to be much more time to mobilize these voters registered to vote and turn out because it’s also a mobilization game. So, this is something that Democrats should have their hair on fire about,” Soto declared. Video Below

NBC News contributor: "Democrats should have their hair on fire” with growth in Hispanic American support for President @realDonaldTrump https://t.co/QDohqchlDI pic.twitter.com/wmoXFceZ4I