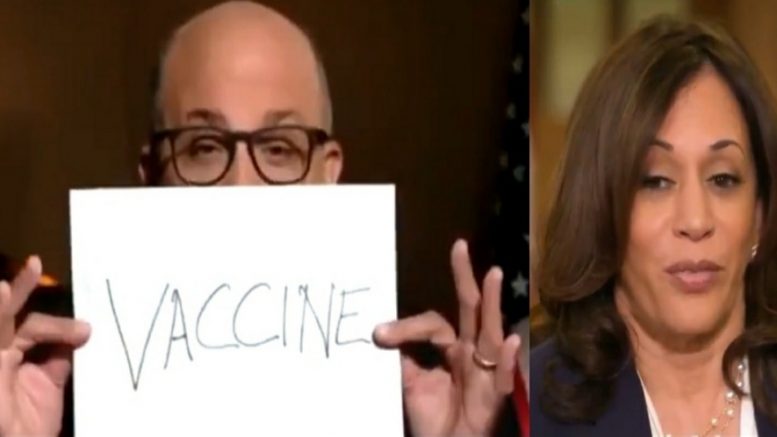 In an interview that aired last Sunday, Democratic vice presidential nominee Kamala Harris told CNN’s Dana Bash she “would not trust” President Trump “about the efficacy and the reliability” of a COVID-19 vaccine if approved before November’s election.

“I will say that I would not trust Donald Trump and it would have to be a credible source of information that talks about the efficacy and the reliability of whatever he’s talking about,” Sen. Harris replied after being asked if she would “get” a vaccine if approved and distributed before the 2020 election.

Sen. Kamala Harris tells @DanaBashCNN she would not trust Donald Trump on a coronavirus vaccine, but adds she "would trust the word of public health experts and scientists," including Dr. Anthony Fauci. #CNNSOTU

Watch the full interview on @CNN on Sunday at 9 a.m. ET. pic.twitter.com/hxXVyQ0AQg

In response, political commentator Mark Levin blamed Kamala’s rhetoric on the notion that a successful vaccine “scares the hell out of Democrats,” and he really could “give a damn” if the Californian senator gets a vaccine in the first place.

“Here’s the word that scares the hell out of Democrats and the media. It’s called “Vaccine,” Levin told Sean Hannity as he held up a paper with the word written on it.

“And here’s the thing. The President of the United States and his administration are close to getting a vaccine,” he said.

“So they bring out Dr. Kamala Harris, and she says, ‘I’m not taking a vaccine.’ I could give a damn if she takes a vaccine or not,” Levin proclaimed. “They don’t want a vaccine before the election. Think about that. They’re the ones who want people to die.”

“What if we had a vaccine before the election? So, the President’s supposed to put his foot on the brake and stop progress on a vaccine?” he questioned. Video Below

.@marklevinshow They are getting close to bringing out a vaccine so Democrats bring out Dr. Kamala Harris. She said she ain’t taking no vaccine well no one gives a damn if she takes it or not. pic.twitter.com/DWvNCz3ylM