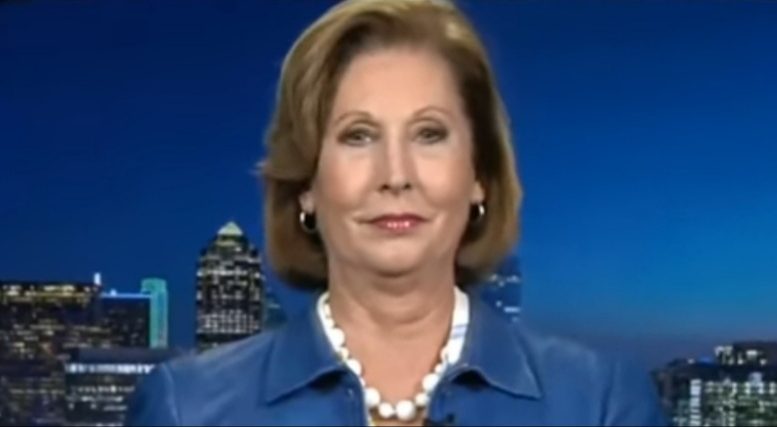 Sidney Powell issued a statement on Twitter to directly address sanctions, threats and lawsuits that specifically target her and members of her legal team as they pursue to expose foreign interference and fraud that is alleged to have tainted the 2020 election results.

Earlier in December, Michigan’s Attorney General Dana Nessel said that she intends to seek sanctions against attorneys, such as Ms. Powell, who have filed election-related lawsuits in Michigan alleging mass fraud.

Meanwhile, a top employee involved with Dominion Voting Systems, Eric Coomer has filed a lawsuit in the state of Colorado against several people and entities who he accuses of spreading the falsehoods of intentional infliction of emotional distress and civil conspiracy, NPR reported.

In response, Ms. Powell suggested that such attacks being used against her and others are nothing more than a clear sign that she is “directly over” the target, and such actions will only “strengthen” her “resolve.”

“We’re now directly over the target. Despite a sterling career, I’m being attacked with multiple spurious sanctions suits by Michigan and Detroit, threats by Dominion & Smartmatic, law firm funded by Bill Gates. Multiple grievances filed against me with [the] Texas State Bar, a suit in Colorado by [Eric] Coomer & countless Fake News articles by WaPo and others — Never has such fear of Truth been so obvious.”

“My lawyers are Lin Wood & Jesse Binnall. The Truth will prevail. These attacks only Strengthen my resolve. Oh, and Twitter, social media, Google and others suppressing my followers, messages, and Truth are digging their own graves. We The People know your game. There are more #Patriots than the evil know — 80M+.” See Below

2/ Multiple grievances filed against me with #TexasBar @TexasStateBar
a suit in #CO by #EticCoomer & countless #FakeNews articles by #WaPo and others –
Never has such fear of #Truth been so obvious
My lawyers are @LLinWood & @jbinnall
The Truth will prevail
These attacks only pic.twitter.com/iaHlCtJSga

Strengthen my resolve.
Oh, and @Twitter #socialmedia #Google and others suppressing my followers, messages, and Truth are digging their own graves#WeThePeople know your game
There are more #Patriots than the evil know-80M+ #Trump @realDonaldTrump @RealRLimbaugh @GenFlynn pic.twitter.com/RPh2ktoyCe

In ending, here is attorney Lin Wood’s reaction to Mr. Coomer’s lawsuit against Sidney Powell and others:

Can you imagine how interesting it will be to take his deposition AND discover all of his emails, texts, & other documents?

How do you spell treasure trove & ensnared?https://t.co/tw0QSMS0tm