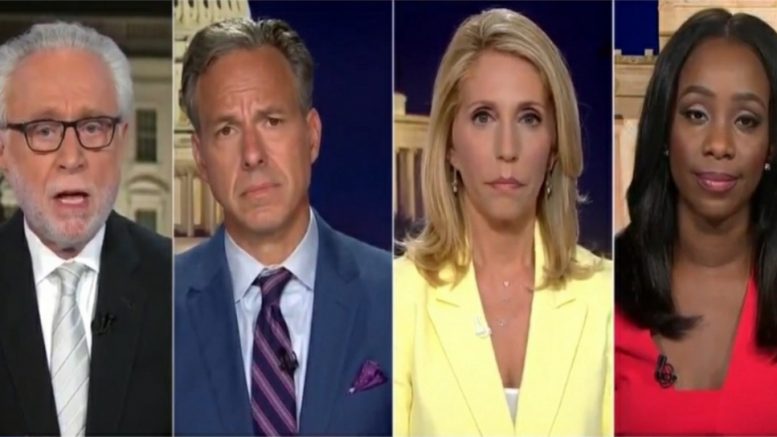 CNN’s Wolf Blitzer had rare, kind words for the Republican Party on Monday as he labeled the first day of their convention “well-produced, very efficient.”

Blitzer made the statement right before Senator Tim Scott (R-SC) buttoned up the first night with a powerful speech.

“I think it’s fair to say this first night of the Republican National Convention, whether you agree or disagree, so far — there have been a lot of speakers — has been well-produced, very efficient,” Blitzer told his fellow panelists.

Related Article: Donna Brazile Has A Meltdown Following Day One Of The RNC Convention: “You Do Not Recognize My Existence!”

Can’t believe I have to watch the convention on @CNN. Unbelievable. @FoxNews

In ending here’s a tweet from President Trump, who also issued gratitude to the network that he often spars with:

Sidney Powell: The DOD Patented an Algorithm That Allows One To ‘Predetermine the Results of an Election’