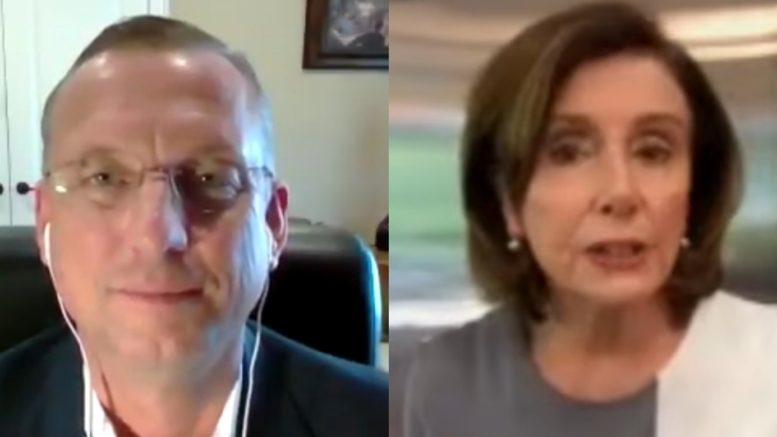 While American citizens and businesses are facing mounting repercussions from the coronavirus pandemic, House Speaker Nancy Pelosi is staying strong on her decision to keep the House in recess until May 4, unless it has to pass an “emergency” bill.

Congressman Doug Collins knocked Pelosi for not calling Congress into session to approve $250 billion in additional funding to the Payroll Protection Program (PPP), which has allowed many small businesses and their employees to stay afloat during the crisis. The congressman vented his frustrations during Tuesday’s airing of Lou Dobbs Tonight.

Related Article: Fmr Clinton WH Chief Of Staff: “It Is Time To Look Forward At How We Can Get This Economy Reopened”

“Lou, when did you expect Nancy Pelosi to think that the American people were an emergency?” Collins asked Lou Dobbs. “[The American people] have never been an emergency, they’ve always been a path to her power to get what she wants and this is exactly what’s happening now.”

“And so, it’s not surprising. Nancy Pelosi’s emergency is only Nancy Pelosi. That’s the only emergency she knows. And if it’s not her way, she will just stay where she wants to and use the American people as pawns in her game,” Rep. Collins concluded. Video Below