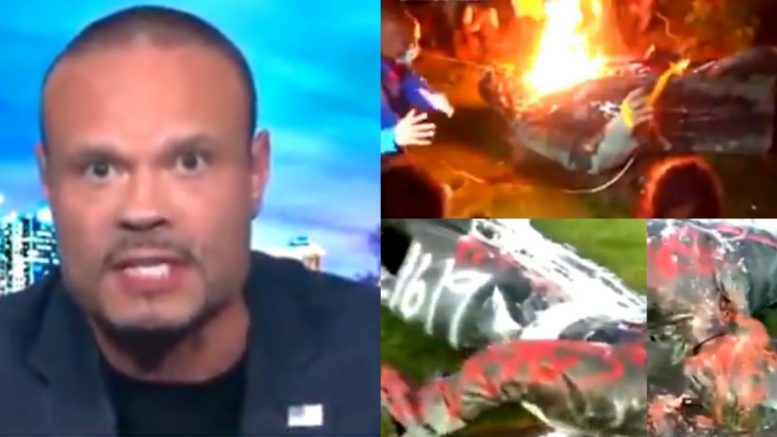 Dan Bongino thinks it’s necessary to hold every single person accountable who took part in criminal activity during nationwide protests over the past several weeks.

Acts of violence and crime has surged in several areas around the country as police departments have come under attack by demonstrators who are calling for law enforcement to be dismantled and defunded.

Related Article: Judge Jeanine On ‘Unruly Lawlessness’ In America: “Where Are Our Leaders — Democrat & Republican?”

When asked what is the most effective way to get a handle on the situation, Bongino suggested that a federal task force should be formed immediately and “you perp walk every damn one of these people who ripped up a store, beat the snot out of someone, intimidated someone, stole private property.”

“You put them in handcuffs and you let everybody see it,” he added. “You let everybody understand that you are a citizen of the United States of America and you are imbued with…God-given rights and we will defend them.”

“You have the right to protest. God bless you. We will defend that right to the death. You do not have the right to violently attack people,” Bongino declared as he provided examples. “That is not your right. I don’t know who told you that, but it was wrong.”

“And if you engaged in any of this, that would stick the FBI, the ATF, the DEA, the Secret Service and anyone else with a GS-1811 title in law enforcement abilities to go out and lock up every single person in these videos engaging in this,” he declared.

“Do it, let them see you do it, and perp walk every single one of them. It would stop this stuff tomorrow. It has to be done. It’s gonna be uncomfortable, but it has to be done,” Bongino concluded. Video Below