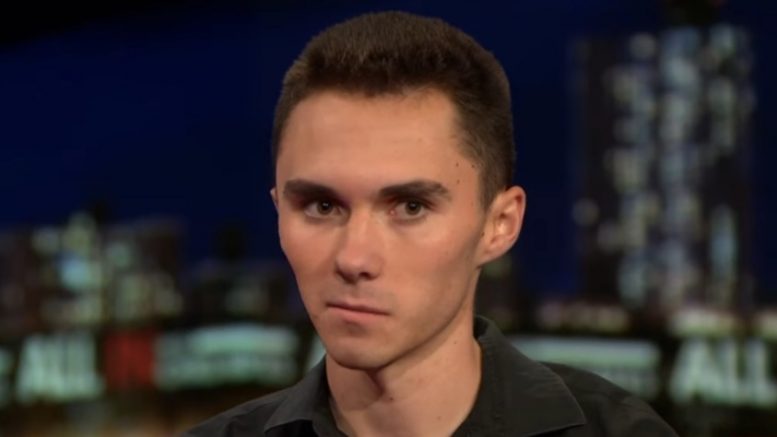 Parkland high school shooting survivor and gun control activist David Hogg got served a reality check after introducing a public poll on Twitter in wake of the 2020 election.

With the race heating up between President Donald Trump and former Vice President Joe Biden, Hogg apparently has the sudden urge to film himself giving daily commentary on the latest political happenings, and then post the clips on social media. Before doing so, however, he created a survey to figure out if it’s a good idea or not.

Related Article: David Hogg Says “There Will Be No Human Race” In 100 Years If No Action Is Taken On Climate Change

On Friday, Hogg posted a poll to Twitter that asked his followers, “Would you be interested in seeing a video post every day from now until election day with my thoughts on what’s going on?”. Respondents could simply choose “Yes” or “No” as their answers.

As the poll came to a close on Saturday morning, a whopping 93,753 Twitter users weighed in, with 83.5% of them answering “No” to whether Hogg should post daily political selfie vids up until the 2020 election, and only 16.5% answering “Yes.”

Hogg soon deleted the poll after it was finalized, but we were able to obtain a screen shot of it before it was removed. 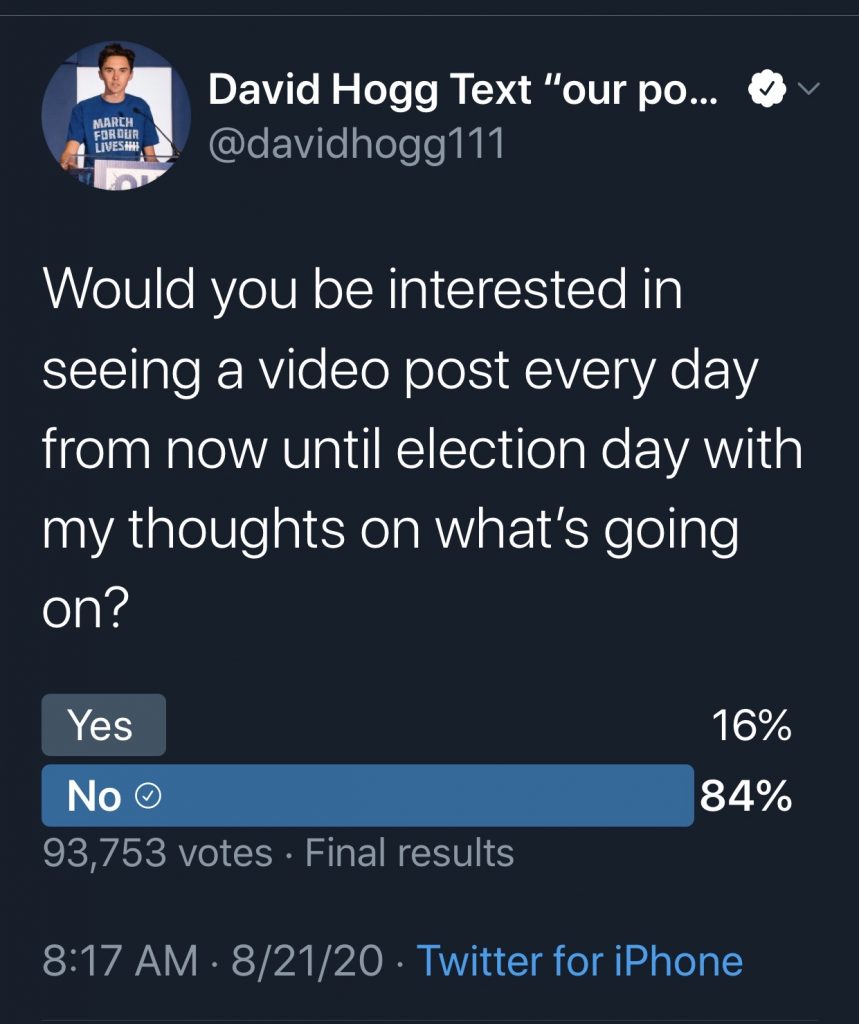 And to top matters off, Hogg got blasted in the comment section as a result of his gloomy poll numbers. See Below

We leave you with some of the highest engaged reactions to Hogg’s poll:

I don’t even want to see your tweets and yet here we are.

Something tells me libs will contest the results of this vote too.

Well, almost 35k people have spoken and the verdict is…..No.

You wouldn’t want to be fascist and go against a democracy, would you? pic.twitter.com/57dRRT4dUw