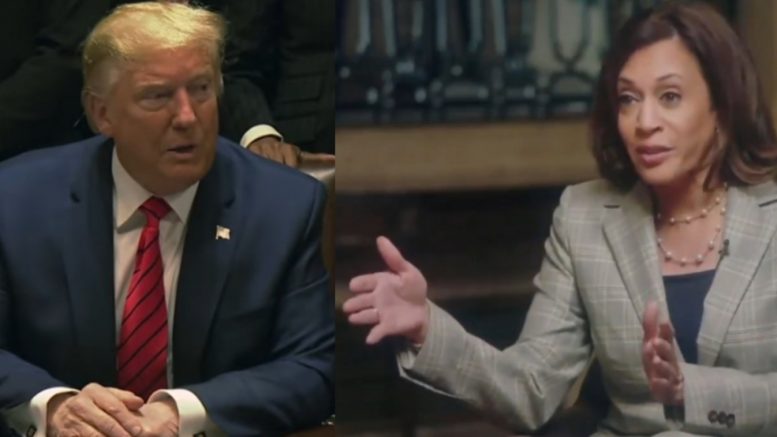 However, video has surfaced of the President saying those exact words just a few weeks ago.

As transcribed from her ABC interview, Kamala said:

“Black lives matter,” Trump is heard saying in the clip. “Nobody’s done better for our Black community than me — nobody, with a possible exception of Abraham Lincoln — it’s true.” Video Below