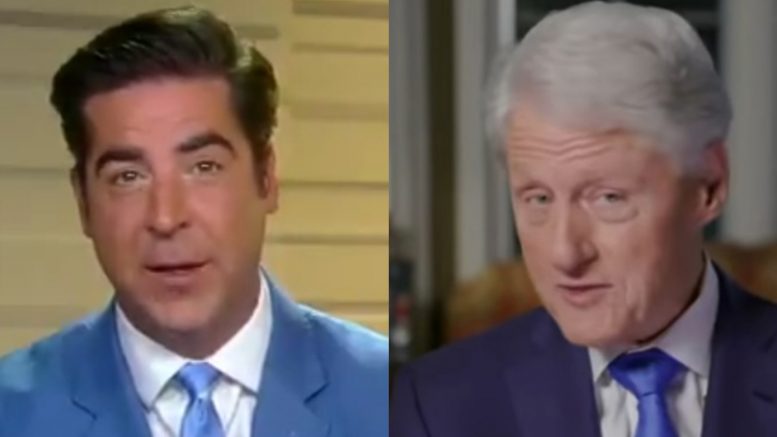 Jesse Watters slammed former president Bill Clinton over an excerpt from his speech given at the Democratic National Convention.

At one point during his speech Clinton attempted to give a lecture directed towards President Trump over his behavior in the Oval Office throughout his first term.

“At a time like this, the Oval Office should be a command center. Instead, it’s a storm center,” Clinton said in his address to the convention. “There’s only chaos. Just one thing never changes — his determination to deny responsibility and shift the blame. The buck never stops there.”

“Clinton is a very gifted politician, but he has no shame,” Watters declared as he then brought up photographs that recently surfaced of Clinton getting massaged by one of Jeffrey Epstein’s alleged rape victims. Video Below

Here is a broader segment from Wednesday’s airing of The Five: