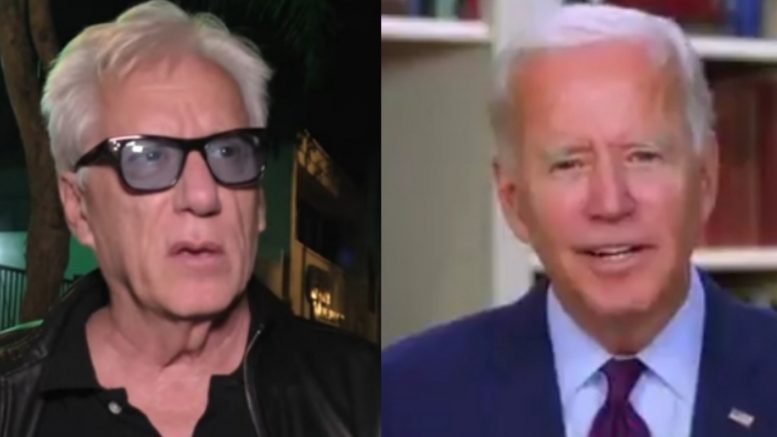 Joe Biden found himself in hot water, once again, over his latest remarks about the black community.

In an interview that was released on Thursday, presumptive Democratic nominee said that “unlike the African American community, with notable exceptions, the Latino community is an incredibly diverse community.”

National Public Radio’s Lulu Garcia-Navarro pressed Biden on whether he would work to restore the Obama-Biden administration’s policy of improving relations with communist Cuba.

This is so unbelievably racist yet comes as little surprise to anyone who’s aware of what Democrats REALLY think about African-Americans.

Every once in awhile, the veneer slips and they show you who they are.

As the clip of him making the statement circulated, Biden faced intense scrutiny, drawing criticism from folks in the black community and from his opposition, including President Trump.

In response, former Hollywood actor James Woods seized on the moment to re-expose Biden’s history of making racially-charged statements as well as his close relationship with former Senator and KKK member Robert Byrd.

“#JoeBiden is the worst kind of racist – patronizing, ignorant, smug, and utterly lacking in self-awareness. And it’s not related to his dementia. He’s been a Democrat racist since his days hobnobbing with KKK leader, Robert Byrd,” Woods tweeted.

#JoeBiden is the worst kind of racist – patronizing, ignorant, smug, and utterly lacking in self-awareness. And it’s not related to his dementia. He’s been a Democrat racist since his days hobnobbing with KKK leader, Robert Byrd. https://t.co/cCGbEYjxvw

Moments later, Woods backed up his statement when he posted a news article clipping that covered controversial remarks made by Biden in 1977 about busing and school desegregation.

“Unless we do something about this, my children are going to grow up in a jungle, the jungle being a racial jungle with tensions having built so high that it is going to explode at some point. We have got to make some move on this,” Biden said in support of anti-busing legislation, according to Business Insider.

I don’t know which Democrat behavior is more astounding: forbidding Americans from worshipping in church while Democrats riot by the thousands, or Democrats wearing black face and saying unimaginable racist garbage like this unchallenged and unscathed…👇🏼 pic.twitter.com/7yYnSlgedt

Woods then tweeted a photo of Biden holding his fist in the air next to former Senator Robert Byrd, followed by a link to a YouTube video of Biden calling Byrd a “friend, mentor and guide.”

Here’s the video that Woods posted a link to:

Aside from Woods’ criticism, many folks in the black community voiced outrage over Biden’s remarks.

We leave you with a clip from self-described “free-speech radicalist” Christian Walker blasting Biden over his remarks and pledging to vote for President Trump.